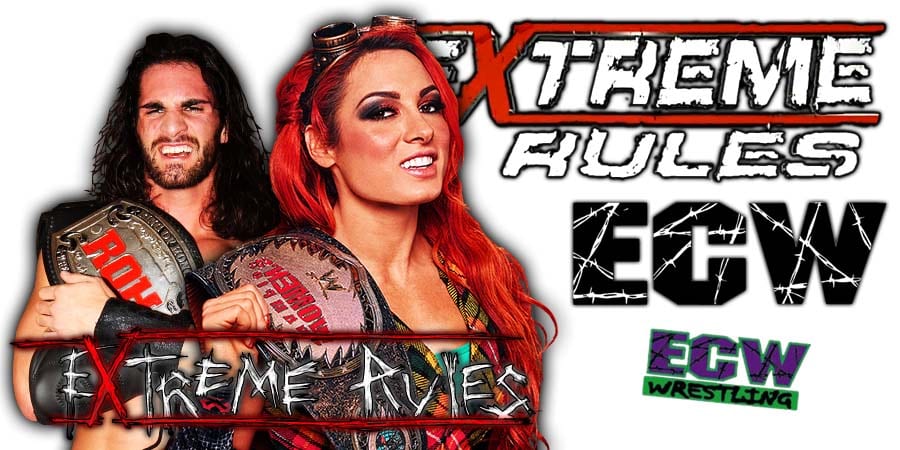 Universal Champion Seth Rollins and RAW Women’s Champion Becky Lynch will team up to take on the team of Baron Corbin and Lacey Evans in a “Winner Take All” mixed tag team Extreme Rules match this Sunday at Extreme Rules 2019 PPV.

We have some good news for fans of Rollins & Lynch.

According to Slice Wrestling, not only are Rollins & Lynch expected to retain their Titles this Sunday, but they’re expected to remain champions for the foreseeable future.

Also, there’s a big possibility that both Rollins and Lynch walk into WrestleMania 36 next year as Universal Champion & RAW Women’s Champion respectively. If that happens, then both of them would hold their Titles for almost a full year (WrestleMania 35 took place on April 7, 2019 and WrestleMania 36 is on April 5, 2020).

WWE officials have high hopes for the “real life couple” storyline and they’re gonna use the Rollins-Lynch relationship in future storylines as well.