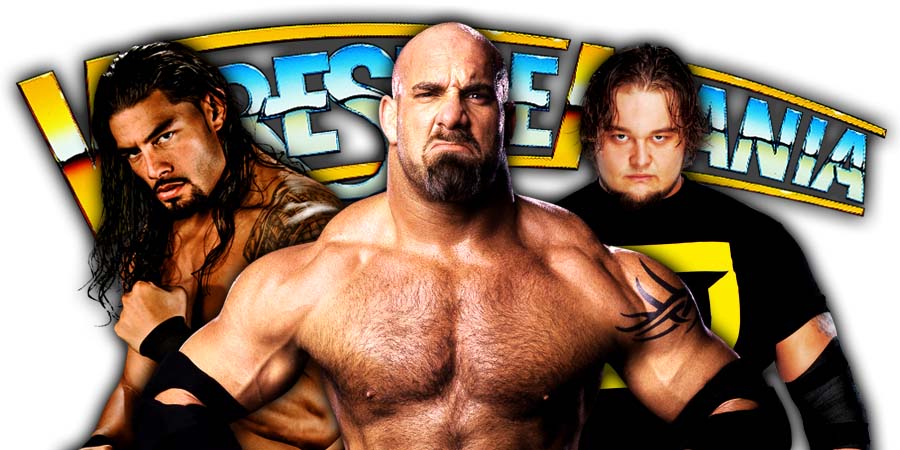 On this day in Pro Wrestling history on February 27, 2000, the World Wrestling Federation aired their annual ‘No Way Out’ event LIVE on PPV from the Hartford Civic Center in Hartford, Connecticut.

This pay-per-view featured Mick Foley’s official retirement after he lost a Title vs. Career match. He would still return to the ring occasionally as a part timer after this, until he retired for good 12 years later in 2012.

At today’s WWE Super ShowDown 2020 pay-per-view, “The Fiend” Bray Wyatt will defend the Universal Championship against WWE Hall of Famer Goldberg in the main event.

According to the Wrestling Observer, Goldberg vs. Roman Reigns is now scheduled to take place at WrestleMania 36.

This has begun speculation that there could be a possibility that Goldberg might dethrone The Fiend to become a 2 time Universal Champion.

One of the reason behind this is the fact that it’s hard to imagine Goldberg losing two matches straight in such a short period of time, as it’s almost a guarantee that he’ll lose to Reigns at WrestleMania.

We’ll have complete WWE Super ShowDown 2020 coverage on our website and our WrestleFeed app later today.