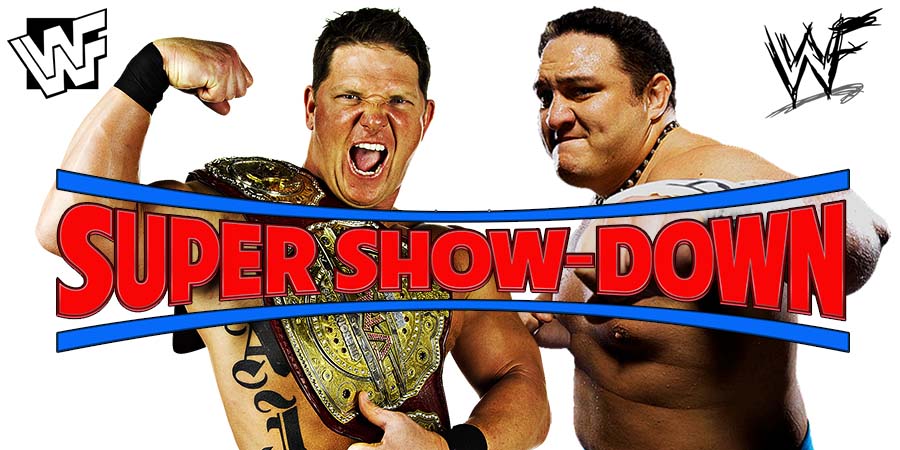 – The Steiners vs. Texas Hangmen

This episode was broadcasted from the TD Garden in Boston, Massachussetts and featured matches & storyline segments on the road to the ‘WWE Hell in a Cell 2015’ PPV.

– The Dudley Boyz vs. Kane & Rollins

• Major Update On Plans For Next WWE Title Feud (Spoiler)

“The Phenomenal” AJ Styles will defend the WWE Championship against Samoa Joe at WWE Super Show-Down in a ‘No DQ, No Count-Out’ match.

Styles is expected to defeat Joe to retain the WWE Title.

According to The Dirty Sheets, AJ Styles vs. Daniel Bryan for the WWE Championship is the next top feud that will take place on SmackDown Live. This means Bryan will defeat The Miz at WWE Super Show-Down in their #1 contenders match.

It was also noted that WWE originally wanted Styles vs. Bryan for the WWE Championship to take place at Royal Rumble 2019 PPV, but it is now expected to take place at WWE Crown Jewel PPV in Saudi Arabia on November 2.

An alternate plan that is being discussed for this is to have Styles vs. Bryan for the WWE Title at SmackDown 1000, with either Randy Orton or The Miz interfering in the match.

This would then result in a Triple Threat match for the WWE Championship at WWE Crown Jewel PPV and another singles match between Styles & Bryan would be saved for a future date.