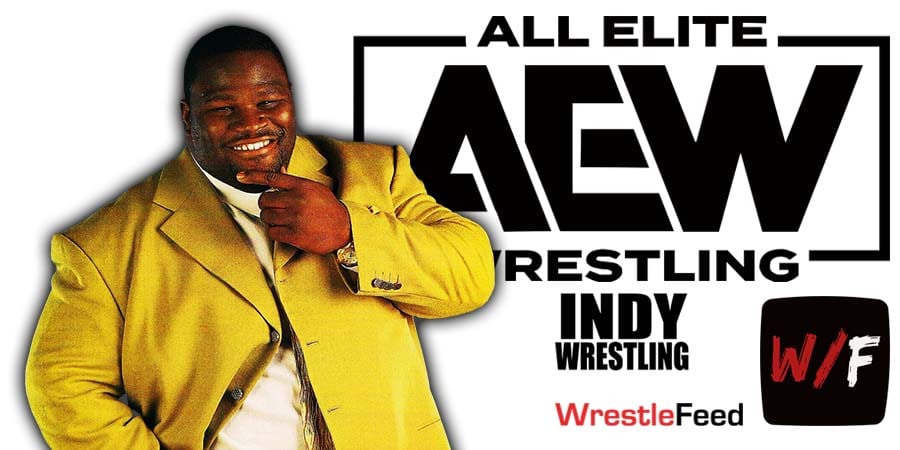 • Mark Henry Loses One Of His On-Screen Roles In AEW

WWE Hall Of Famer Mark Henry is no longer a Commentator on AEW Rampage. He will only serve as a Backstage Interviewer on that show.

He is being replaced by FTW Champion Ricky Starks.

Here’s what Starks said on the Wrestletalk podcast:

“I am definitely proud of AEW, the work that I’ve done in AEW, and the work that I continue to do. And the fact that I think so much that they appreciate me that they made me a permanent commentator for Rampage, replacing Mark (Henry).

So, I love that fact, I love the fact that the work that I’ve done with Sting, Darby (Allin), and all of these things in such a small timeframe, will last on forever.

I want more though. I really do, I really want to push myself more and really explore the depths of my talent and get out of my comfort zone a bit.”

Also Read: “I’m having an effect” – Mark Henry On His Work In AEW So Far