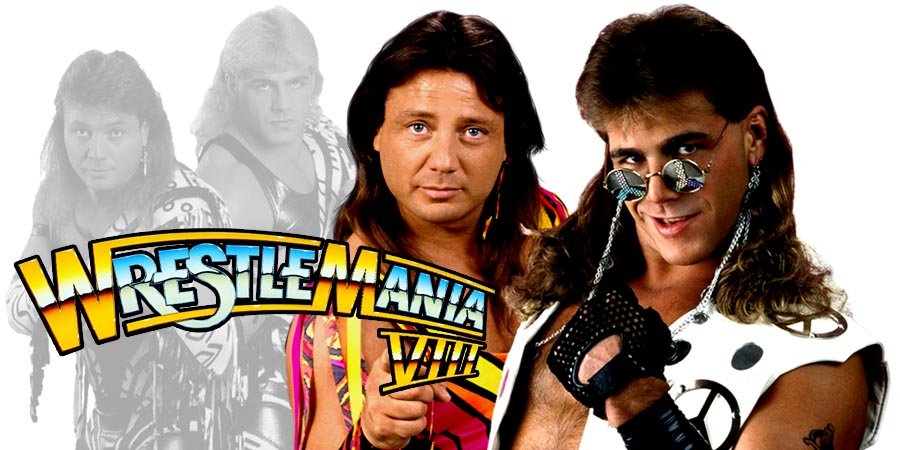 During a recent edition of Sports Illustrated Extra Mustard’s “WrestleMania Mailbag” segment, former WWF Superstar Marty Jannetty was asked why he didn’t face Shawn Michaels at WrestleMania VIII after they split during the barber shop segment.

Below is what Jannetty had to say:

“The barber shop window segment was actually setting up a match at WrestleMania VIII between Shawn and I. A few things didn’t go the way someone wanted, so they ended up completely scrapping that idea, but that was the whole idea of the barber shop.

We’d have needed 20-25 minutes with a jump-start to get the people on their feet. We had a match with a pace that was blistering in Denver a few months before WrestleMania VIII, and we could have had a match at WrestleMania that people would still be talking about. When it was over in Denver, the crowd cheered both of us in appreciation of what they saw. We were building Shawn up at the time, so that’s the direction we would have gone.”

You can watch the barber shop segment below:

Speaking of Jannetty, he noted on Facebook that he has a big offer from an adult movie company to do three movies for them for $150,000. Below is what Jannetty posted on Facebook regarding this:

To all my ninjas, I want y’alls advice..just got a call..$150,000 for 3 movies…po*n movies..cant say the name but, they’re big company…Im thinking my bruh Snoop had something to do with this.. check this though, I’d get to tear up some beautiful b*tches, but, as my brother said, my family could see that..my thought is, why is my family watching po*n then gonna judge me? What do y’all think on that?