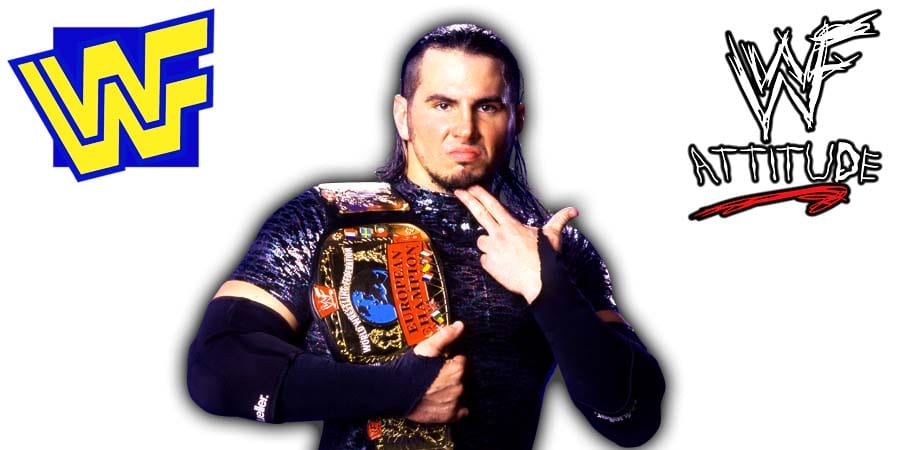 • Matt Hardy Could Be Leaving WWE In 13 Weeks

As seen on this week’s episode of RAW, Matt Hardy returned to WWE programming and lost to Buddy Murphy in a singles match.

After this match, Hardy is teasing leaving WWE soon. Below is a tweet that he posted:

Please don’t feel bad for me, Scott. I’m just in a WWE slump as of right now. I can see it probably continuing for a few more weeks in the future, but I’m confident I’ll get out of it in a couple of months & get my groove back.

According to PWInsider, Hardy’s contract with WWE expires in February 2020 and Hardy teased this in his new “Free The Delete” video, where ’13 weeks’ is being mentioned multiple times – which is the amount of time left for his WWE contract to expire.