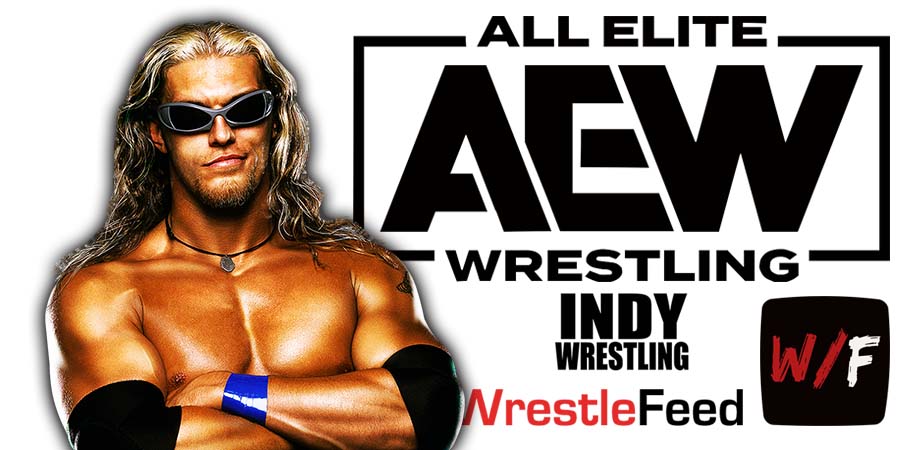 One of the biggest moments of 2020 was when WWE Hall Of Famer Edge came out of retirement after 9 years.

He made his return as a surprise entrant in the Men’s Royal Rumble 2020 match and was in the final 3.

Edge then went on to win the Men’s Royal Rumble match this year and main evented Night 2 of WrestleMania 37 in April.

According to current AEW wrestler Matt Hardy, Edge would’ve joined All Elite Wrestling if WWE hadn’t cleared him to wrestle for them last year.

Here’s what Hardy said during an interview with the MCW Cast:

“I think if [WWE] hadn’t cleared Edge and let him wrestle, he was going to end up at AEW.

It was LIVE from the Coliseum in Greensboro, North Carolina and featured matches, interviews & storyline segments on the road to the ‘WWF Rebellion 1999’ PPV.