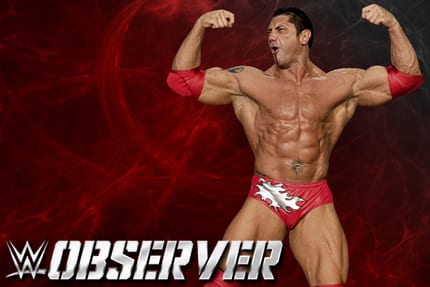 Former WWE Diva Melina was the latest guest on Jim Ross’ Ross Report and talked about her WWE career, her days with MNM tag team, being on Tough Enough 3 & more. She talked about how rumors are always running rampant in the wrestling business and she has been a victim of them many times. She spoke on the rumors that she cheated on her ex-boyfriend John Morrison. The rumors suggested that she dated Batista while still being with Morrison. Melina denied those rumors and said that people just like to make things up. She said Batista was always nice to her and stood up for her whenever people were mean to her, but this led to people thinking that there was something going on between the two. She said Batista plays the role of superheroes in movies and he’s one in real life as well.