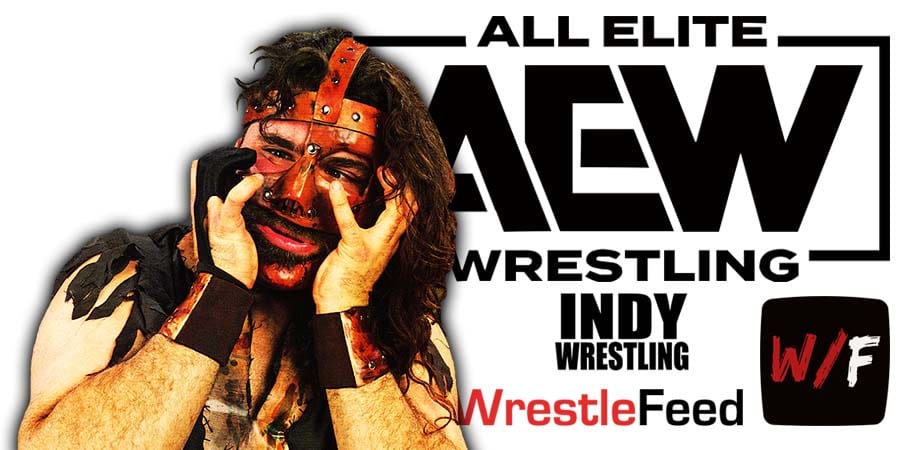 Britt Baker thanked Mick Foley for the thumbs up for her match with Thunder Rosa last week, but said she doesn’t need anyone’s praise.

Britt claimed it took Foley 20 years for him to be known as a Hardcore Legend, but it only took her 1 night. Britt said Tony Khan has been signing all these legends, but he already has the greatest legend in wrestling with her.

Foley tweeted the following about it:

“Not going to lie…this comment from @RealBrittBaker stung a little😪 “

Not going to lie…this comment from @RealBrittBaker stung a little😪 https://t.co/LFyGJvSFa2

2. The Barbarian vs. Bob Allen

4. The Ultimate Warrior vs. Steve Vega

5. The Rockers vs. The Brooklyn Brawler & Buddy Rose