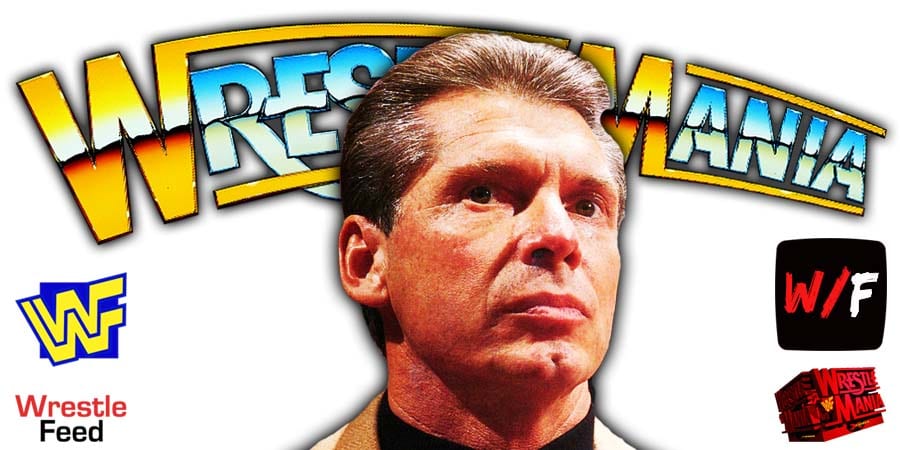 This led to McMahon wrestling McAfee, which was his 1st match after 10 years and 1st WrestleMania match after 12 years.

Stone Cold Steve Austin came out after that stunned everyone. The Stunners on Theory and McAfee were good, but Vince botched his.

WWE Hall Of Famer Mick Foley tweeted the following about it:

“I hope Mr McMahon didn’t get injured – it looked like his leg buckled before the stunner.”

His son recorded him laughing very hard to Vince’s botch. You can watch it below:

My son recorded my reaction to the world’s worst stunner. Enjoy! pic.twitter.com/58kzus5FJH

On this day in Pro Wrestling history on April 3, 2005, World Wrestling Entertainment aired ‘WrestleMania 21’ LIVE on PPV from the Staples Center in Los Angeles, California.

The event’s tagline was “WrestleMania goes Hollywood”, while the official pay-per-view theme song was “Big Time” by The Soundtrack of Our Lives.