The New Day are about to win the SmackDown Tag Team Titles, but The Usos go out of the ring, collect their Title belts are leaving from the crowd area.

The Usos are counted-out and The New Day win the match. However, The Usos are still the SmackDown Tag Team Champions as Titles can’t change hands via DQ or count-out.

Winners: The New Day (via Count-Out)

It looks like this situation will be addressed on this week’s episode of SmackDown Live as well and a possible Tag Team Title rematch with an added stipulation might take place between these two tag teams at the next PPV.

There will be another SmackDown Live exclusive PPV before SummerSlam 2017. It’s Battleground 2017 and it will take place on July 23.

As we noted before, a legends segment will take place tonight and WWE Hall of Famers Cowboy Bob Orton & Sgt. Slaughter are shown backstage. 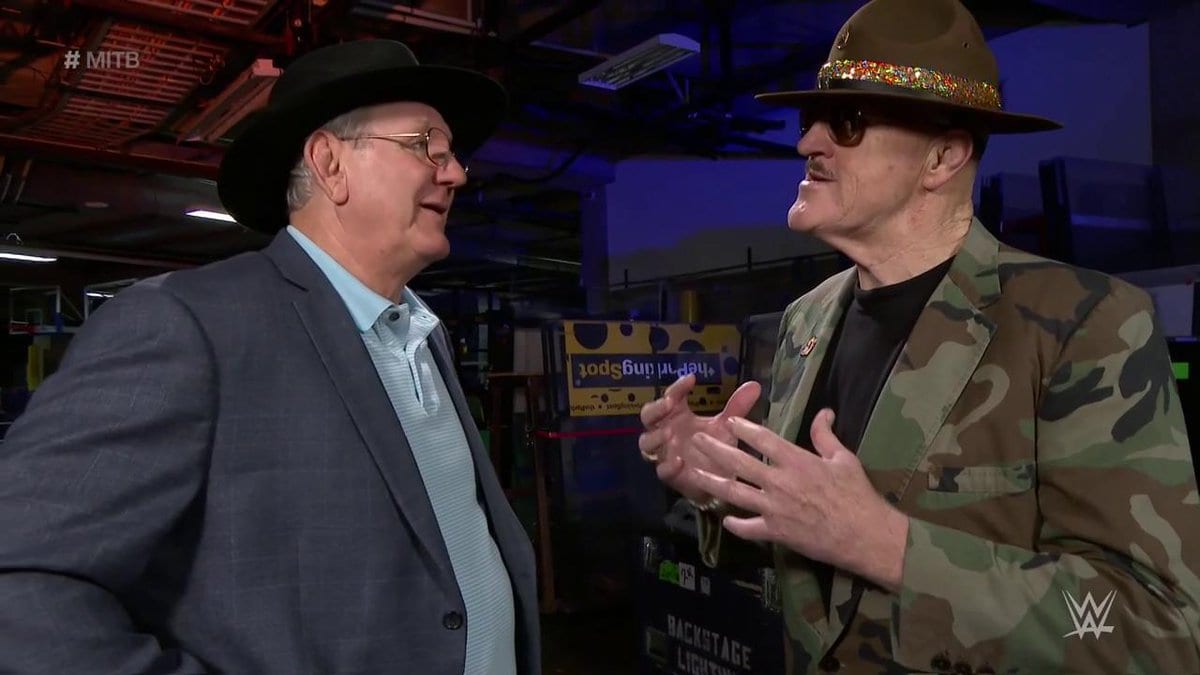 The @WWEUsos have had enough of this…
They've been counted out giving #TheNewDay the VICTORY, but NOT the #SDLive #TagTeamTitles! #MITB pic.twitter.com/CfL4Kc4QwN