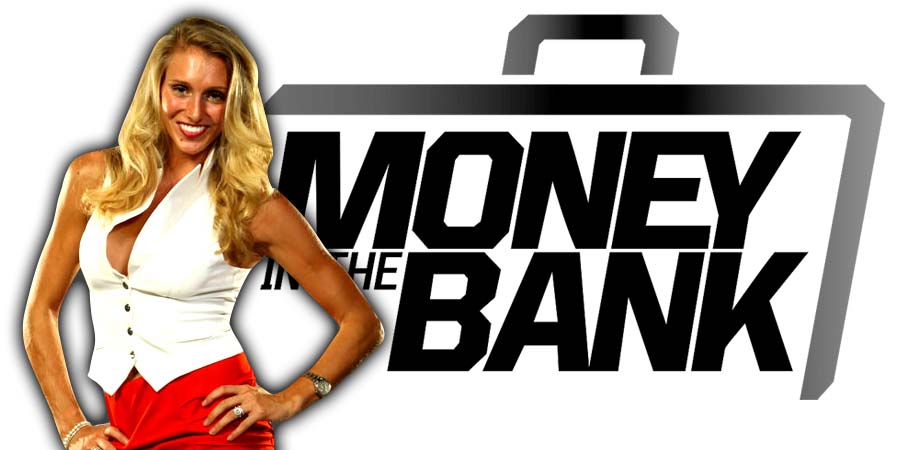 Up next is the Women’s Money In The Bank Ladder match. The match begins Becky Lynch clears the ring! Ember Moon now drops Sasha Banks with a superkick.

Naomi tries to stop Ember from setting the ladder, but Ember throws Naomi out of the ring. Ember springboards on Sasha and Sasha gets destroyed on the ladder!

Now Lana comes in the ring and nails an X-Factor on Ember on a ladder. Natalya now clotheslines Lana and slams her on top of a ladder!

Natalya now drops Naomi on the ladder and lays her out with a series of moves. Now Charlotte Flair and Natalya are going at it.

Sasha now returns to the ring and takes out both Ember and Lana (who was on top of Ember) with her double knees in the corner on a ladder!

Sasha and Charlotte now climb the same ladder from the same side and both of them go down. Charlotte nails a neckbreaker on Sasha.

Becky is now climbing the ladder, but gets stopped by Alexa. Alexa, Sasha and Becky are fighting on top of a ladder, while Lana has set up a taller ladder.

Charlotte powerbombs Ember on top of a ladder set up in the corner. Lana nails a kick to the head of Alexa and then crushes her with the Accolade.

Naomi is now alone on top of the ladder with the briefcase in her grip for a long time, but she can’t unhook it and Becky takes her down.

Becky has the contract in her grasp, but there’s a botch and then Alexa takes her down and goes to the top to win the match!

.@AlexaBliss_WWE IS MISS MONEY IN THE BANK!!!! #MITB pic.twitter.com/n3SHCz5cC2