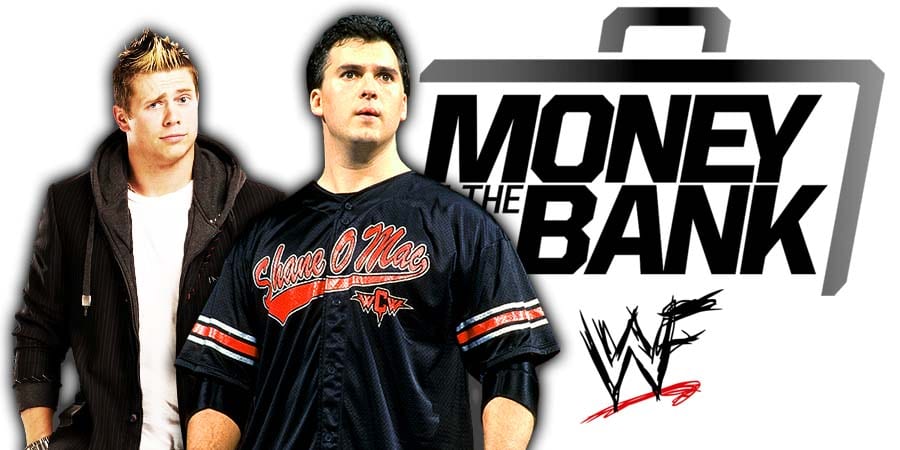 Up next is the Steel Cage match. “Best In The World” Shane McMahon makes his way out first, followed by The Miz.

The match begins and Shane O’Mac immediately tries to climb out of the cage and win via escaping the cage, but Miz stops him.

Shane brings in a Steel Chair in the cage, but the plan backfires as Miz attacks Shane with the chair.

Miz hits Shane with a Skull Crushing Finale on a Steel Chair. Miz goes for the cover, but Shane puts his leg on the bottom rope. Referee breaks the pin despite a Steel Cage match having ‘No DQ’.

Miz & Shane are now exchanging blows while sitting on top of the steel cage. Miz slams Shane’s face into the Steel and throws him in the ring from all the way up! Miz then hits a Splash on Shane and goes for the cover, but Shane kicks out.

Shane locks in the Triangle Choke on Miz, but Miz manages to get out of it.

Shane tries to escape through the cage, but Miz stops him. Miz tries to launch Shane face-first into the Steel Cage, but Shane begins climbing up the cage.

Miz catches Shane at the top and is trying to superplex Shane, but Shane manages to escape as he falls off the cage!

Miz could only hold on to Shane’s shirt, which came off and Shane fell out of the cage to win.

Shane McMahon def. The Miz in a Steel Cage Match

After this match, an announcement is made that WWE Hall of Famer Mick Foley will introduce a new Title in WWE tomorrow night on RAW!