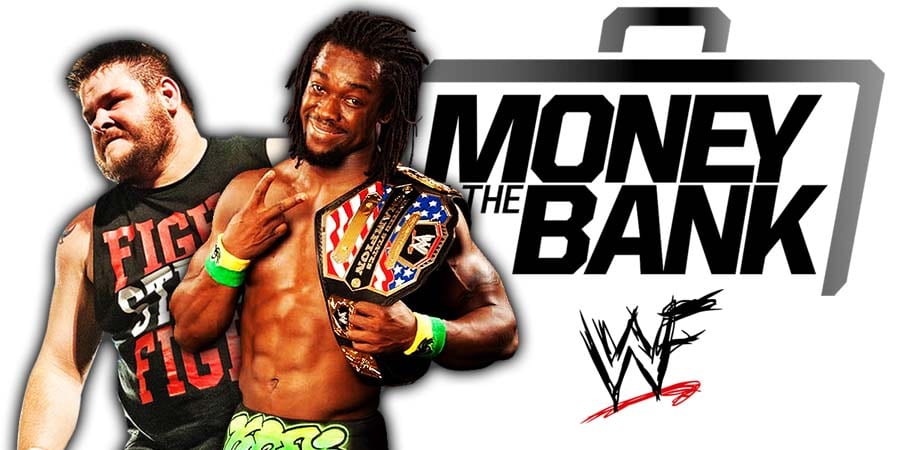 The Lucha House Party comes out next. They’re cutting a promo and Lars Sullivan interrupts them.

Lars destroys them. Lars then goes on to deliver a Headbutt to Kalisto and busts his own head open due to the spikes on Kalisto’s mask.

Lars then ended things with a Freak Attack and the Running Powerbomb.

Up next is the WWE Championship match. Kevin Owens makes his way out first, followed by WWE Champion Kofi Kingston.

The match begins and Kofi isn’t waiting, as he goes right after Owens and the action reaches the ringside area.

After back and forth action, Kofi goes for the Trouble In Paradise, but Owens catches him and locks in the Boston Crab. Kofi manages to reach the bottom rope to break the hold.

Owens hits a sit-down Pop-Up Powerbomb out of nowhere and goes for the cover, but Kofi kicks out.

Owens goes for the Stunner, but Kofi hits a Trouble In Paradise and sends Owens out of the ring.

Kofi brings Owens in the ring and Owens hits a Stunner! Owens goes for the cover, but Kofi grabs the bottom rope.

Owens goes for the Senton Bomb, but lands on Kofi’s knees. Kofi hits Trouble In Paradise and that’s it for Owens.