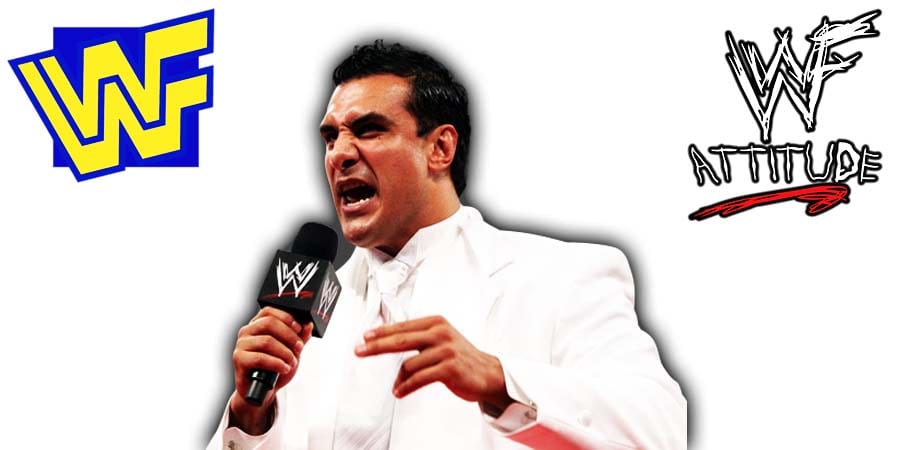 It was pre-taped at the New Haven Coliseum in New Haven, Connecticut and featured pre-taped matches & storyline segments on the road to the ‘WWF Judgment Day 2000’ PPV.

2. Chris Benoit vs. The Godfather

As we noted last night, former WWE World Heavyweight Champion Alberto Del Rio was arrested on May 9th by San Antonio Police Department after he was accused of sexually assaulting a woman.

On May 4th, the victim reported to police that at 10:00 pm, Del Rio got angry and assaulted her, which caused multiple injuries to her.

He slapped her across the head, and slapped her again, when she asked what he was doing. He took her downstairs and forced her to wear a dress and dance. When she refused and started crying, he threatened her that he would drop her son in the middle of the road.

According to an arrest affidavit, the woman told police that he allegedly sexually assaulted her and had her injuries photographed.

Wrestling Observer revealed some new details regarding this situation and it was revealed that Del Rio slapped the woman at least 10 times:

“She said he slapped her twice upstairs and dragged her down and slapped her at least 8 times downstairs. There was also a point where kinda blanked and doesn’t remember from there. It’s a really horrible story.

He had told her to wear a dress and dance for him, but she wouldn’t do it.”