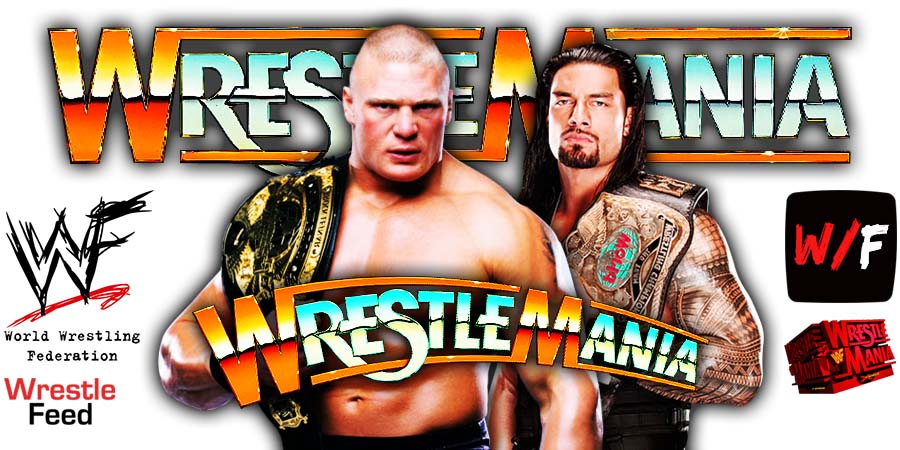 In the main event of WrestleMania 38 – Night 2, WWE Champion Brock Lesnar and Universal Champion Roman Reigns will collide in a Title Unification Match.

WWE Hall Of Famer Kurt Angle discussed this match on his podcast and had the following to say about WWE possibly moving forward with one men’s World Champion:

“I’m old school, I think it should be one championship for one promotion.

I agree, I do like the split brand because you do have more wrestlers getting more jobs and opportunities but from an old school perspective I like only having one title.