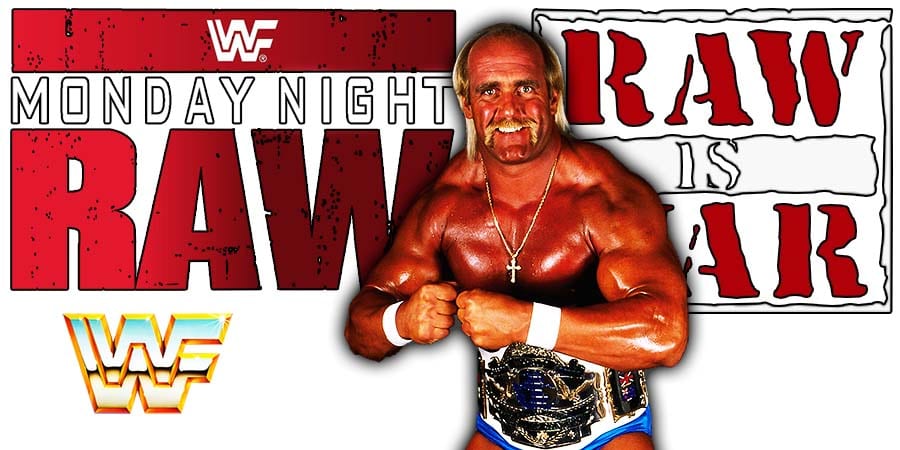 RETRIBUTION is all about changing the way WWE is managed, and the group was very unhappy about WWE holding a Legends Night on this week’s episode of RAW.

The group’s leader, Mustafa Ali, was invited to RAW Talk last night to share his thoughts on the show.

He ranted about legends taking the spots of the younger guys on the show, and specifically took a shot at WWE Hall Of Famer Hulk Hogan.

He was upset that talents like RETRIBUTION, Akira Tozawa and Drew Gulak didn’t get booked for the show, and instead fans had to hear “What You Gonna Do Brother for the 7th million time.”

He added that WWE should book talents who can contribute to the company today, instead of giving three hours of TV time to people who can barely walk.

“Guys like Drew Gulak, Akira Tozawa, RETRIBUTION — all off the show because we have to hear [Hulk Hogan impression] ‘Whatcha gonna do, brother?’ again for the seven millionth time.”

Also Read: “Some of the younger guys are really cold to me” – Hulk Hogan

1. The Texas Tornado vs. Tom Stone

2. The Warlord vs. Donny Steele

5. The Orient Express vs. The Mulkey Brothers