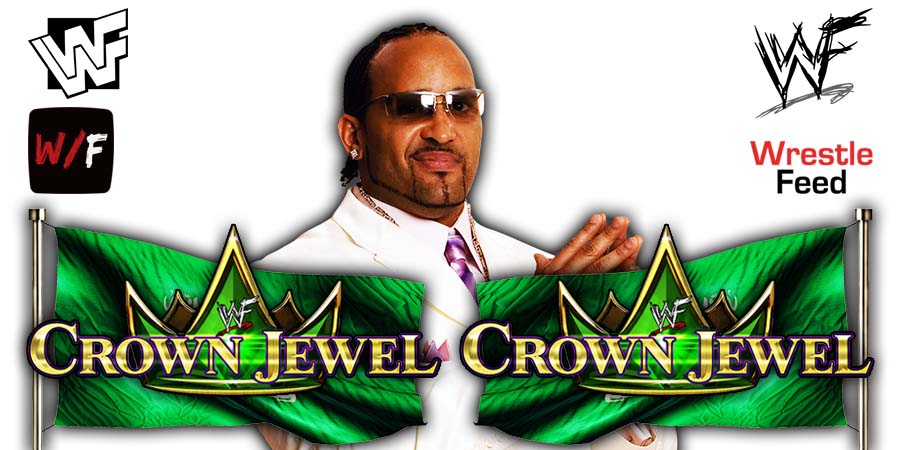 This is because MVP is a former Muslim who became an atheist. In Saudi Arabia, the renouncing of Islam by a Muslim is punishable by death.

For those who don’t know, MVP changed his real name from Alvin Antonio Burke Jr. to Hassan Hamin Assad after converting to Islam while spending almost 10 years in prison for kidnapping and armed robbery (which began at the age of 16).

Omos lost to Braun Strowman at Crown Jewel after getting hit with a Running Powerslam.

It was broadcasted from the Conseco Fieldhouse in Indianapolis, Indiana and featured matches, interviews & storyline segments on the road to the ‘WCW Mayhem 1999’ PPV.