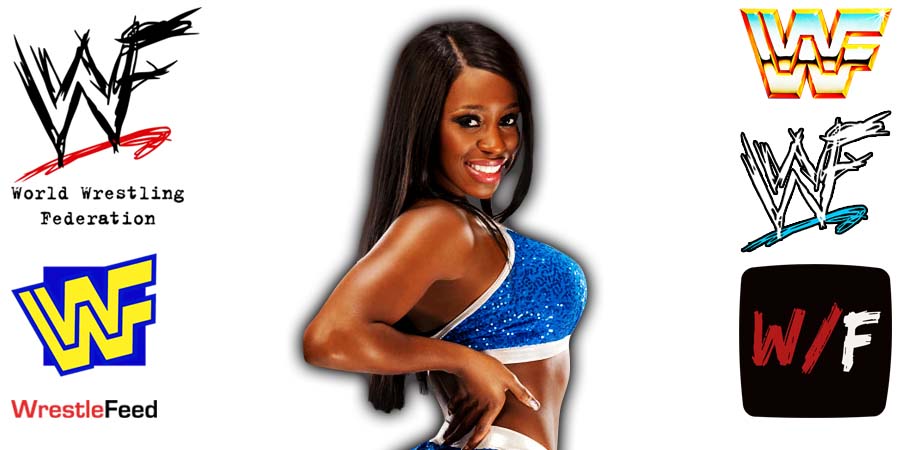 Naomi made her 1st official public appearance since her WWE suspension at the Chicago Comic and Entertainment Expo 2022 event on Saturday.

At this event, she met WWE Hall Of Famers Trish Stratus & Lita. You can check out the photo below: 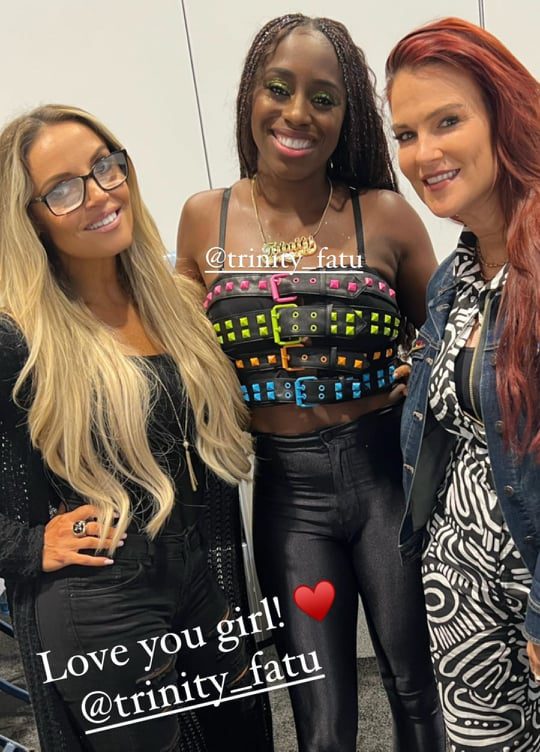 Speaking of the Women’s Tag Team Titles being vacant ever since Sasha & Naomi left, WWE announced this past Friday on SmackDown that the tournament to crown the new champions will start on this Monday’s RAW.

Also Check Out: Sasha Banks Showed Her New Look In A Photo With AEW Wrestler At This Same Event

Then known as Double D, she accompanied Ric Flair to the ring afterwards and – because of her size – was occasionally getting involved in Flair’s matches.

A little later on, now known as Asya, she became the valet of The Revolution, a faction that also included Perry Saturn, Dean Malenko, Chris Benoit & Shane Douglas.

She then managed “The Demon” Dale Torborg before she was let go by WCW in August 2000 and got married to Torborg in October.