According to Brad Shepard, word going on backstage in WWE is that 205 Live will get cancelled before the end of 2019.

This isn’t surprising at all because 205 Live faces attendance issues as well as viewership issues on the WWE Network.

However, this doesn’t mean that the WWE Cruiserweight Championship will be retired. Only the 205 Live show would get cancelled and the Cruiserweight wrestlers will then compete on RAW & SmackDown.

On this week’s episode of WWE Main Event (which gets taped before RAW), a new stable was formed.

This stable consists of Cesaro, EC3 & Robert Roode – together known as “The Main Event Muscle Men”.

They went on to defeat Lucha House Party in a 6 man tag team match on WWE Main Event. 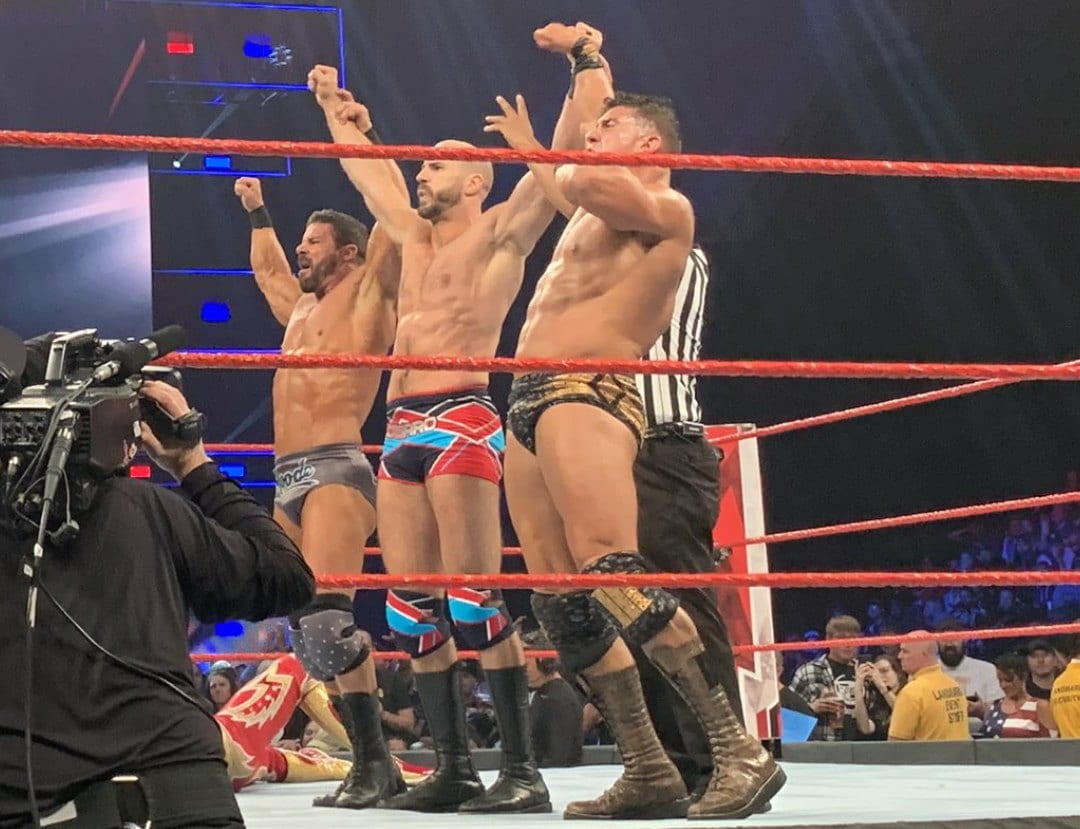