In the main event of tonight’s UFC 262 PPV, Charles Oliveira defeated Michael Chandler via TKO in the second round to win the vacant UFC Lightweight (155 lbs) Championship.

Oliveira ran into the crowd to celebrate his big win.

Oliveira showed respect to Chandler after the fight by bowing down to him. Chandler put over Oliveira in the post-fight interview and said they’ll eventually fight again. 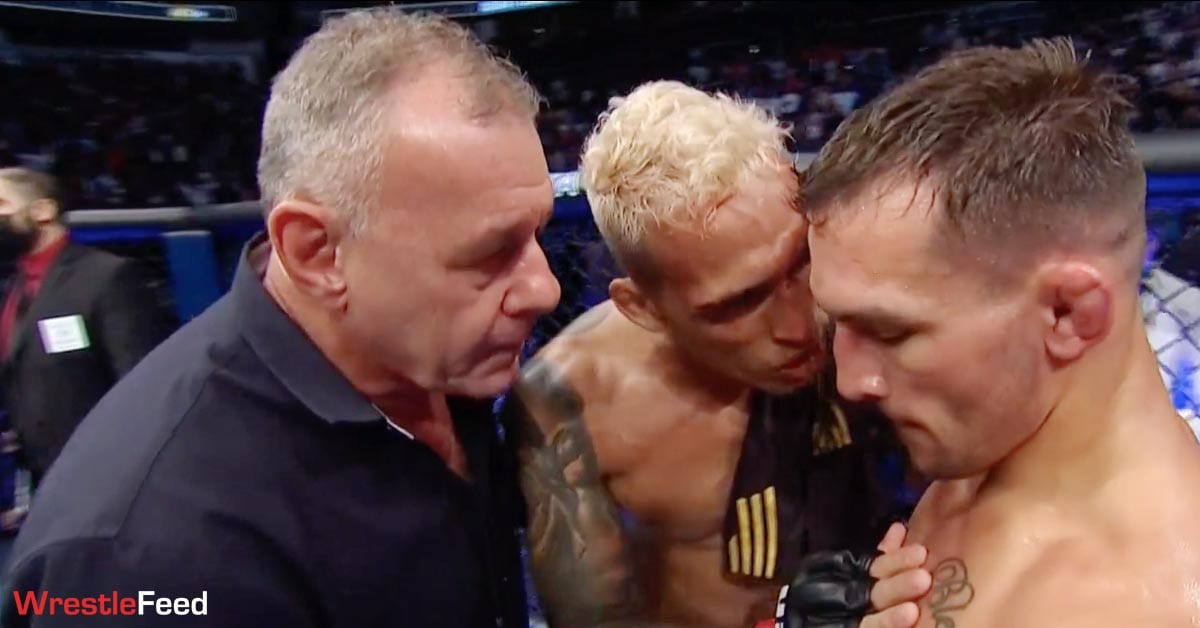 It was broadcasted from the Gund Arena in Cleveland, Ohio and featured matches, interviews & storyline segments on the road to the ‘WWF Judgment Day 2000’ PPV.