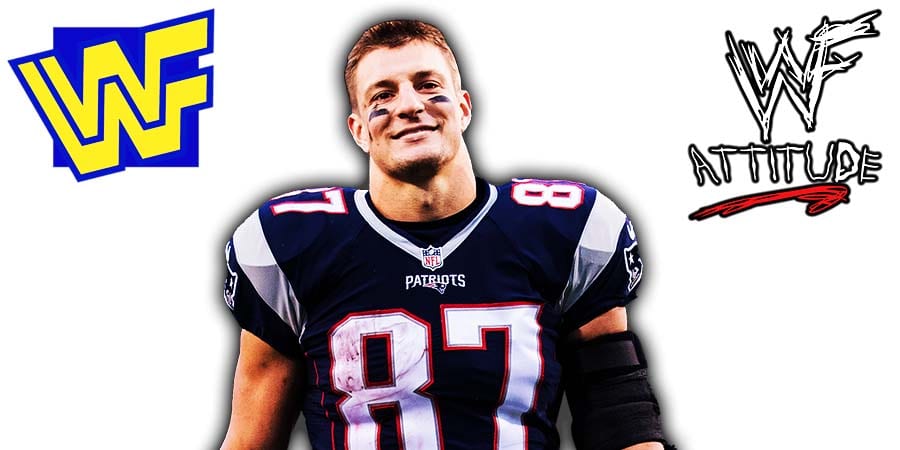 On this week’s episode of WWE Backstage on FS1, it was revealed that Rob Gronkowski is close to signing a deal with WWE.

The Wrap then reported that Rob has already signed a deal with WWE and will debut on next week’s episode of SmackDown:

“Former New England Patriots tight end Rob Gronkowski has officially signed with WWE, an insider told TheWrap exclusively. The ex-NFL great is set to debut one week from Friday, on the March 20 “SmackDown” on Fox.”

For those who don’t know, Rob got involved in the Andre the Giant Memorial Battle Royal on the WrestleMania 33 Kickoff Show and helped his friend, Mojo Rawley, win the match.

According to the Wrestling Observer, Rob will work a “Brock Lesnar Schedule” in WWE:

He’s gonna be on the SmackDown side and he’s gonna be working some dates kinda like a Lesnar schedule.

You know it’s kinda interesting because I don’t know how many concussions he’s had, but it’s a lot, a huge number and back problems.”