Tonight’s episode of WWE Raw kicked off with Raw Women’s Champion Bayley making her way out and talking about how she’s ready for this Sunday’s “Ultimate Thrill Ride” WrestleMania 33.

She was interrupted by her WrestleMania 33 opponents – Charlotte Flair, Sasha Banks & Nia Jax. The Raw Women’s Championship match will now be an Elimination match (previously it was a Fatal 4 Way match in which only one pin fall was required to get the win).

A heel turn of Sasha Banks (her turning on Bayley) was teased again and this segment resulted into a tag team match between Charlotte Flair & Nia Jax vs. Bayley & Sasha Banks. The match ended with Bayley pinning Charlotte to get the win for her team.

After the match, Nia laid out all three other women (and her WrestleMania 33 opponents) in the ring to make a statement just 6 days before WrestleMania 33. Nia ended the segment by posing with the Raw Women’s Championship. 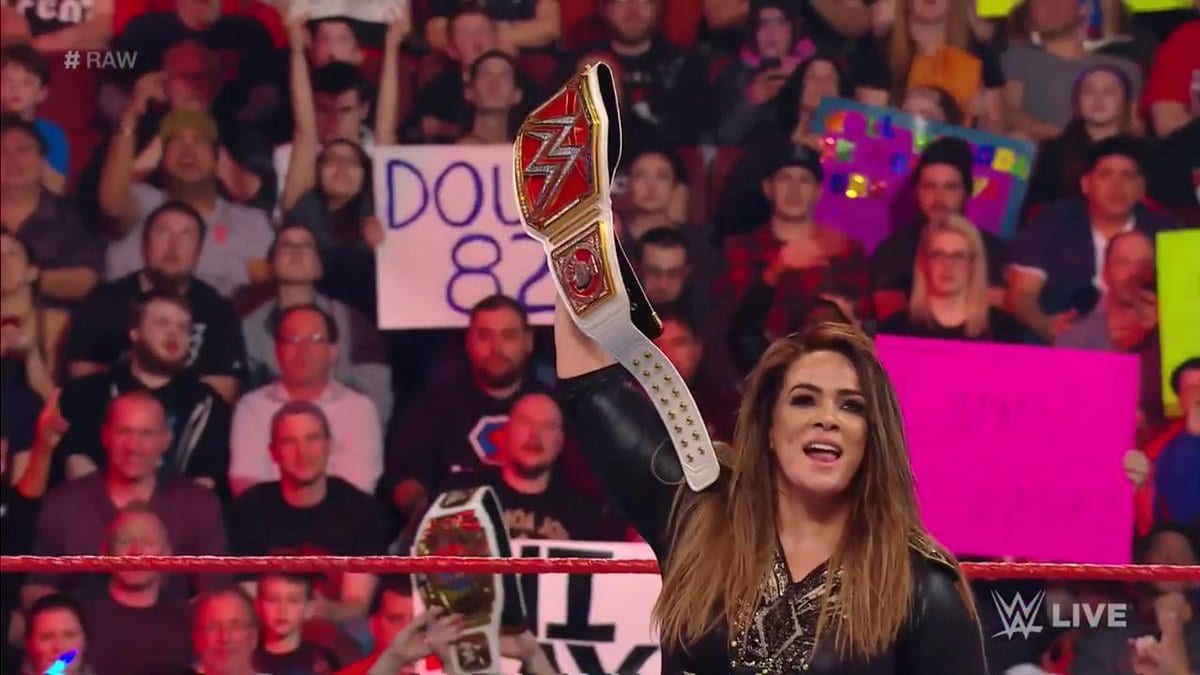