• Money In The Bank Qualifying Match On SmackDown Live Tonight

Below is what WWE posted regarding Money In The Bank qualifying match on tonight’s SmackDown Live:

“The rivalry between The New Day and The Bar has intensified in recent weeks, but it will reach a new level tonight in London.

The teams will clash in a Men’s Money in the Bank Qualifying Match, and while it will be a tag team bout, only one member of the winning squad will move on to the Ladder Match for the career-changing Money in the Bank contract next month.

While their issues have mainly been centered around tag team supremacy (and pancakes), the stakes have arguably never been higher for these five Superstars. Which team will claim victory? Which Superstar will join Braun Strowman, Finn Bálor, The Miz, Rusev, Bobby Roode and Kevin Owens in Chicago? Find out tonight on SmackDown LIVE at 8/7 C on USA Network!”

Below is what WWE posted regarding SmackDown Women’s Champion Carmella’s segment for tonight’s show:

“Move over, Prince Harry & Meghan Markle – a Royal Mellabration is coming to London!

In honor of her victory over Charlotte Flair at WWE Backlash, SmackDown Women’s Champion Carmella has promised to throw herself a celebration that will blow the royal wedding out of the water.

What does The Princess of Staten Island have planned for this regal party? Find out during the Royal Mellabration, tonight on SmackDown LIVE at 8/7 C on USA Network!”

• Return Being Discussed For SummerSlam 2018

Under an Instagram post on her profile, former WWE Divas Champion Nikki Bella commented that she’s planning an “iconic return”.

Below is what she commented:

“Working on Belle Radici, Birdiebee, Total Bellas and Total Divas. And now planning on having an iconic return.”

You can check a screenshot of this comment below: 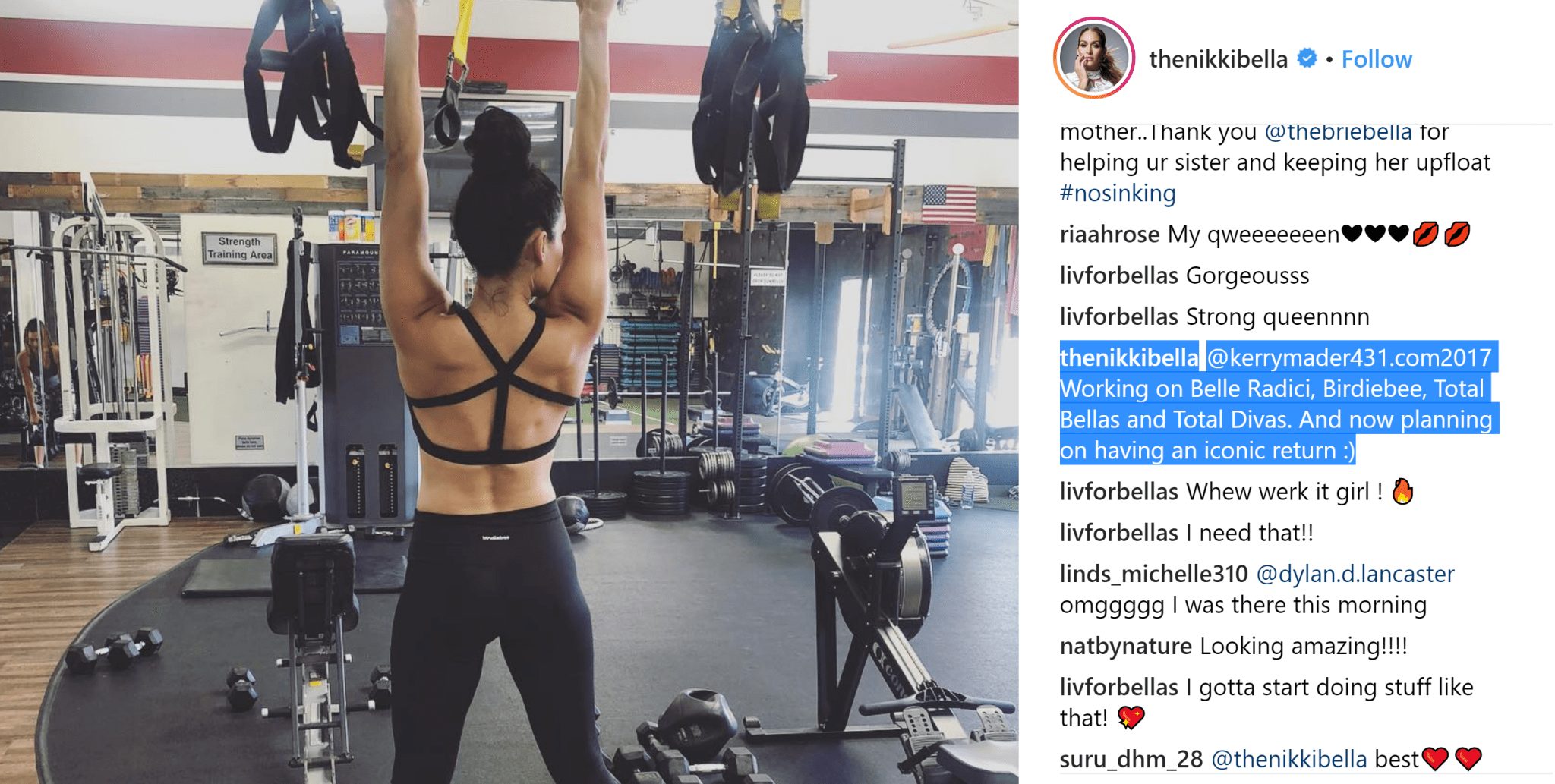 Slice Wrestling is now reporting that WWE officials are discussing a return for Nikki Bella and her having a match at SummerSlam 2018.

WWE Is Discussing A Potential Nikki Bella Return That Would See Her Possibly Have A Match At #SummerSlam In NYC pic.twitter.com/aVIZhubWX1