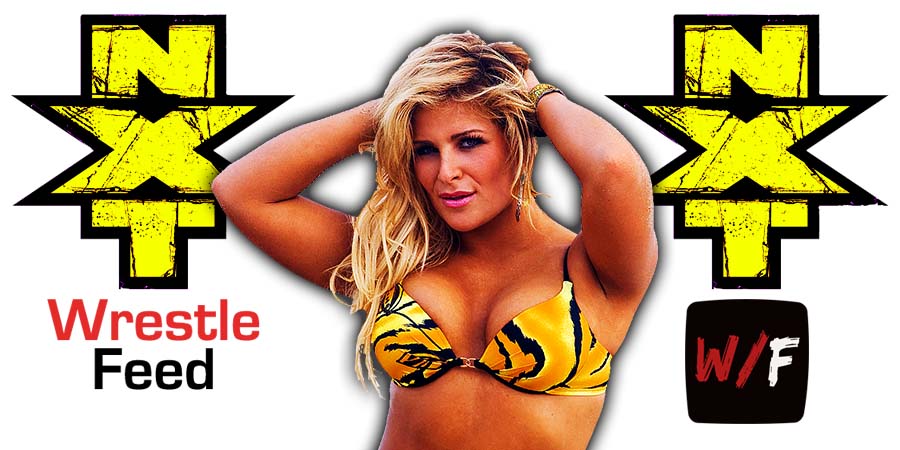 – NXT Champion Bron Breakker came through the crowd and called out Joe Gacy. Gacy showed up on all the screens and told Bron to find him.

– Wes Lee said that the last few weeks have been chaotic and he feels lost. Xyon Quinn interrupted and challenged him to a match.

– Nathan Frazer will debut on NXT 2.0 next week

After the match, the lights go out and Joe Gacy appeared. Gacy called Bron Breakker out and said that he will return Rick Steiner’s WWE Hall Of Fame ring if Bron gave him an NXT Championship match.

Bron accepted. Gacy put the ring in Breakker’s vest pocket and said Bron must also take a leap of faith. Gacy then pushed Bron off the balcony and hooded figures surrounded him.

The May 3rd episode of NXT 2.0 will be the “Spring Breakin'” special. 3 Matches have been announced for this special episode so far:

– Bron Breakker (c) vs. Joe Gacy for the NXT Championship

It was broadcasted from the O’Connell Center in Gainesville, Florida and featured matches, interviews & storyline segments on the road to the ‘WCW Slamboree 1999’ PPV.

– Psychosis Vs. Juventud Guerrera Vs. Blitzkrieg Vs. Rey Mysterio Jr.

– Kendo Stick Versus Trash Can: Brian Knobs Vs. Hak