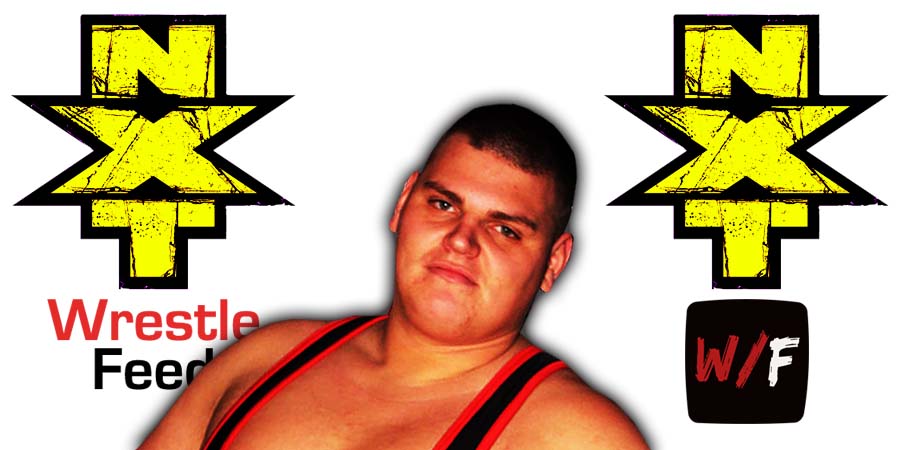 – Tonight’s episode of NXT 2.0 kicked off with LA Knight. LA said Grayson Waller attempted to take him out for good, but failed. Grayson came out, but said he has a restraining order against LA for assaulting him last week. Dexter Lumis came out and went after Waller.

– Creed Brothers def. Josh Briggs & Brooks Jensen to advance to the next round of the Dusty Rhodes Tag Team Classic

– Dante Chen vs. Guru Raaj ended in a No Contest after Duke Hudson came out and attacked both of them.

– Tony D’Angelo held a Memorial Service for Pete Dunne and said he has his sights on capturing the NXT North American Title. Carmelo Hayes, Trick Williams & Cameron Grimes all come out. Grimes also wants a shot for the Title. Carmelo proposed they face off next week and the winner can face him. Tony tried to punch Grimes, but Grimes hit him with Pete Dunne’s picture.

– It was revealed through a vignette that Sarray is coming back to NXT 2.0 with a new look.

– Edris Enofe & Malik Blade def. Legado Del Fantasma to advance to the next round of the Dusty Rhodes Tag Team Classic (Santos Escobar tried to interfere, but NXT Champion Bron Breakker grabbed him and carried him away)

– Cora Jade wants Raquel Gonzalez to be her partner for the Women’s Dusty Rhodes Tag Team Classic. Raquel said she’s not interested and walked away.

– WALTER def. Roderick Strong (After the match, WALTER announced that his new name is Gunther. NXT Tag Team Champions Marcel Barthel and Fabian Aichner then came out and attacked Strong, which led to Creed Brothers making the save)

After being considered “not good enough” by WCW Power Plant head coach DeWayne Bruce (Sgt. Buddy Lee Parker), Batista signed with the World Wrestling Federation and was sent to “Wild Samoan” Afa’s wrestling school to learn the ropes, before they sent him to their developmental territory (similar to what NXT is nowadays) Ohio Valley Wrestling in 2000, where he stayed till his debut on WWE TV (shortly after the WWF/WWE name change) in May of 2002.

The Animal wrestled for the WWE from 2002 till he left in 2010, but returned for a few months in 2014 and again in 2019 to have one last match against his former Evolution buddy “The Game” Triple H.