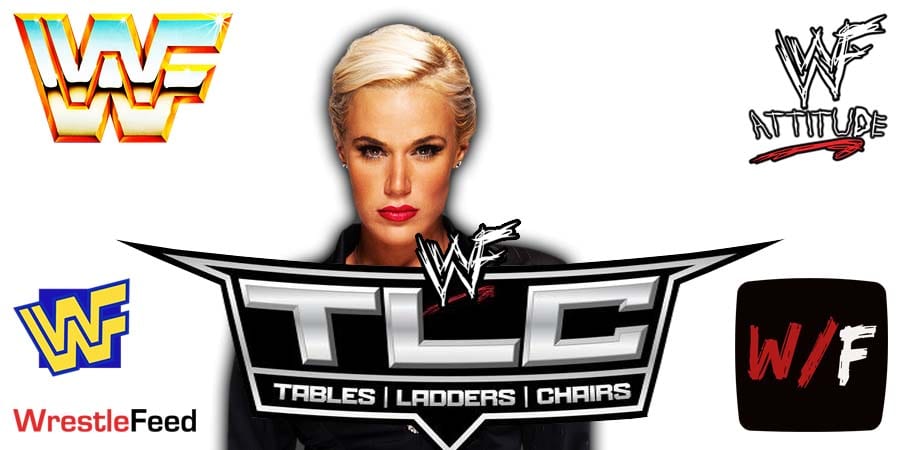 On this week’s episode of RAW, Lana managed to defeat Women’s Tag Team Champion Nia Jax in a singles match via roll up.

After the match, Jax and Shayna Baszler brutally attacked Lana. As a result of this, Lana has been pulled from this Sunday’s WWE Women’s Tag Team Championship match.

WWE has announced that RAW Women’s Champion Asuka will have to find a new Tag Team partner to take on Jax and Baszler this Sunday night at TLC 2020.

NXT’s Ember Moon is ready to team up with The Empress, as she sent her the following message this morning.

“[email protected] All you gotta do is make the call @WWEAsuka …”

.@wwe All you gotta do is make the call @WWEAsuka … https://t.co/wSQ7W6Lvx5 pic.twitter.com/eb33qCiO5x

Former WWE wrestler Eva Marie also posted two airplane emojis this morning, which could be a hint that she’s flying to Tampa for TLC.

Also Read: RAW Wrestler Reportedly Out Of Action For A Month