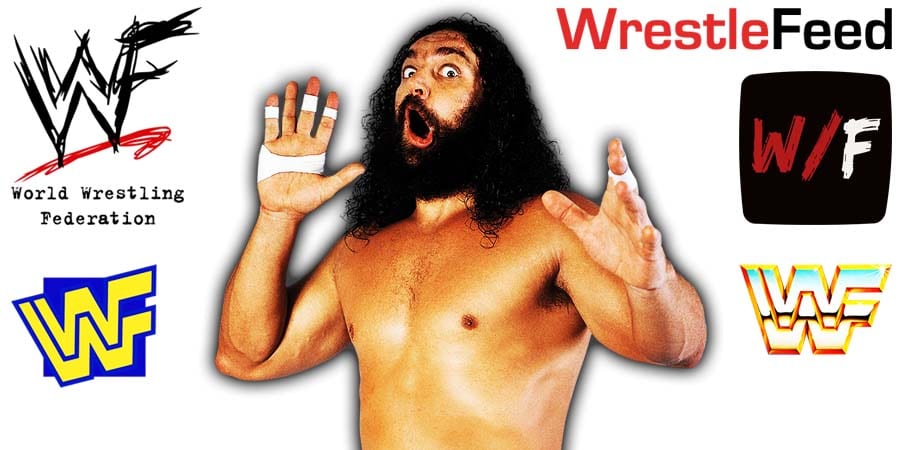 On this day in 1988, we lost Old School Wrestling Legend Bruiser Brody (Real name: Frank Goodish) at the age of 42 after he was stabbed a day earlier.

Interesting Fact: The Undertaker’s first ever match was against Brody back in 1987.

You can read the report of his stabbing incident below:

“Brody was in the locker room before his match with Dan Spivey in Bayamón (a city near San Juan, Puerto Rico), when José Huertas González, a fellow wrestler and booker, asked him to go into the shower to discuss business.

Brody entered the shower stall and a few minutes later a scuffle ensued, followed by two groans, loud enough for the entire locker room to hear. Tony Atlas ran to the shower and saw Brody bent over and holding his stomach. Atlas then looked up at González and saw him holding a knife.

When the paramedics arrived, Atlas carried Brody downstairs to the waiting ambulance, as, due to Brody’s enormous stature, paramedics were unable to lift him.

Brody’s last words (as told to Atlas) were, “Tell my little son I love him, and tell my wife I love her, too.” González, who always maintained his innocence, was initially charged with first-degree murder but was later reduced and tried for involuntary homicide.

Dutch Mantell received his subpoena after the trial was over and Tony Atlas, who had given a statement and said he witnessed what happened refused to return to give his version in court and without his testimony the district attorney had no case.

Some wrestlers (the Youngbloods) were scared to death and made no declaration to the police at the time of the events. However, Atlas declared what he saw to the police and came back to Puerto Rico several years later to work with the promotion. In January 1989, González was acquitted on all counts, citing self-defense. Carlos Colón testified at the trial.”