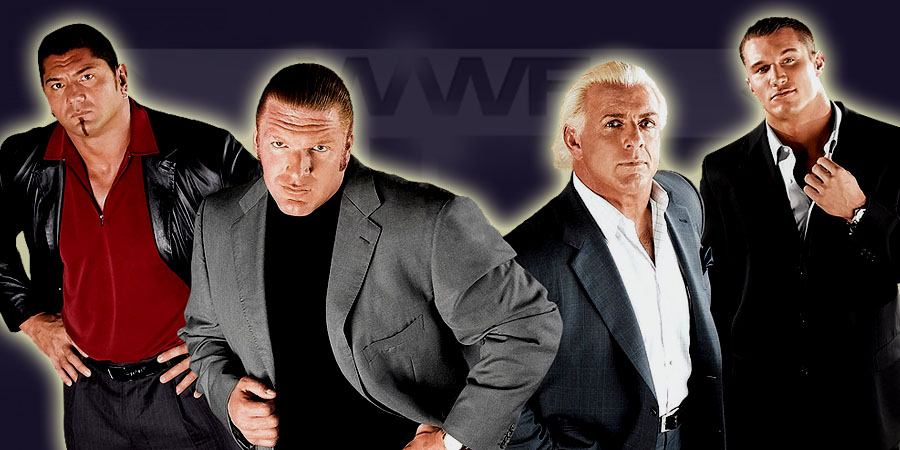 This was Randy Orton’s first night as the World Heavyweight Champion. He defeated Chris Benoit in the main event to retain the title.

After the match was over, Evolution came out to celebrate Orton’s successful World Title defence. Batista hoisted Orton on his shoulder and celebrated. Triple H was happy with Orton’s performance and gave him a thumbs up, but this soon turned into a thumbs down and Batista dropped Orton on his back. Evolution turned on Orton and brutally attacked him.

Also on this show, Kane threatened Lita with rape, well kind of. Lita and Matt Hardy interfered in Kane’s match with Edge and cost him the Intercontinental Title. Here’s what Kane said: “You probably think that I’d be angry at what just happened. But I’m not. Oh I can see what kind of relationship this is going to be. And I am going to enjoy it. But nothing can upset me tonight. Because next week right here live on Raw, we are getting married. And later that night, we’ll consummate our marriage.”

After hearing this, Lita slapped Kane and Kane’s reply was: “Oh yeah, that’s the way I like it. It’s going to be a HELL of a honeymoon.” Below is a video of Evolution turning on Randy Orton: