On this day in 2007, Old School WCW/WWF/WWE Veteran “The Canadian Crippler” Chris Benoit passed away at the age of 40.

In one of the most infamous incidents in Pro-Wrestling history, former World Heavyweight Champion Chris Benoit committed suicide, after killing his wife & son over the previous days.

On June 25, 2007, police entered Benoit’s home on a “welfare check” after several missed appointments, leading to concerns. The officers discovered the bodies of Benoit, his wife Nancy, and their 7-year-old son Daniel.

Upon investigating, no additional suspects were sought by authorities. It was determined that Benoit had committed the murders.

Over a three-day period, Benoit had killed his wife and son before hanging himself. His wife was bound before the killing. Benoit’s son was drugged and likely unconscious before Benoit strangled him. Benoit then committed suicide with a weight machine.

Below is a screenshot of the article that WWE.com posted: 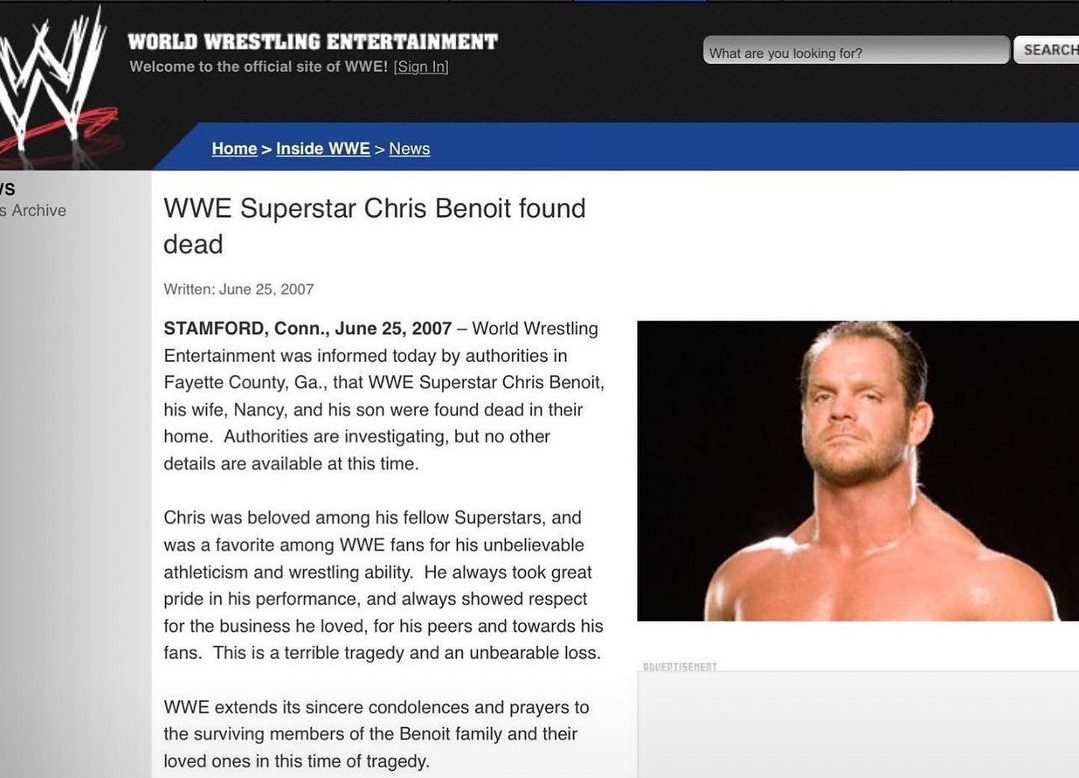 Also Read: “If you kill Hawk over here, you’ll be here the rest of your life” – Chris Benoit To 2 Cold Scorpio