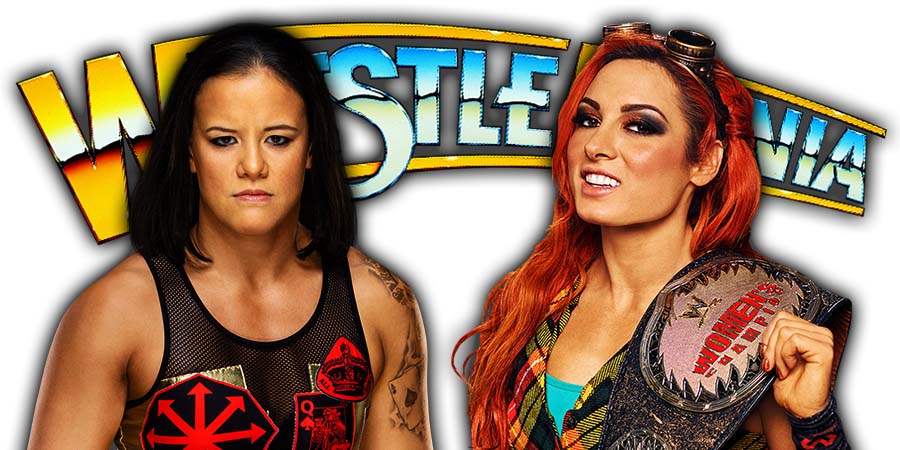 • Only One Originally Planned Match For WrestleMania 36 Didn’t Change

WWE has been planning matches for WrestleMania 36 since last year and plans got changed multiple times.

According to the Wrestling Observer, the only originally planned match that’s going to take place is Becky Lynch vs. Shayna Baszler for the RAW Women’s Championship:

“The only match that wasn’t changed, because they did have Roman Reigns and Bray – which they changed, but the only other match, because of Brock Lesnar and Drew that was still in January, that was still being decided between Drew McIntyre and Aleister Black, and the Royal Rumble was going to go to Roman Reigns, and Drew was going to win the Chamber that never happened, and but, the only one was Shayna Baszler and Becky Lynch.

That was actually decided a year ago probably, but certainly months ago. But everything is just makeshift. You know Bill Goldberg and Roman Reigns have had one confrontation and one quick thing and it’s not like overdone and if anything, all these matches are coming way too soon.”