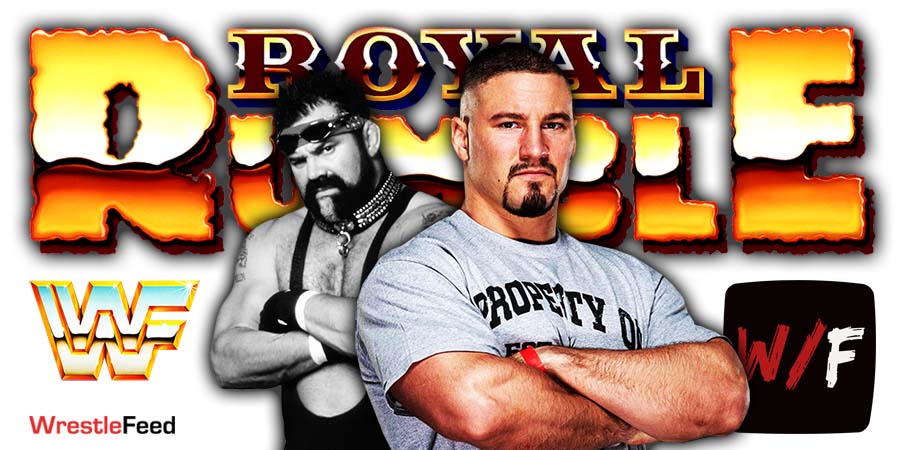 As we noted earlier, NXT Champion Bron Breakker was in St. Louis for Royal Rumble 2022, as a back up if needed in the Men’s Royal Rumble match.

According to the Wrestling Observer, there was a spot planned between Breakker and Dolph Ziggler at first, but then the plan got nixed:

“There was some talk of doing a Bron Breakker spot with Dolph Ziggler to build NXT, but the decision was made not to have anyone from NXT in the Rumble.”

For those who don’t know, there a rivalry going on between Ziggler and NXT 2.0 wrestlers.

Breakker then took a shot at Ziggler, by posting a clip of Bad Bunny eliminating Ziggler from the Royal Rumble and writing the following with it:

In a backstage interview after this week’s RAW, Ziggler was asked about these comments from Breakker.

Dolph said people say a lot of things online that they wouldn’t say face to face. Ziggler then teased facing Breakker and taking the NXT Championship from him.

Could The Showoff be coming for the #WWENXT Championship? 👀 pic.twitter.com/DZSVU01wme