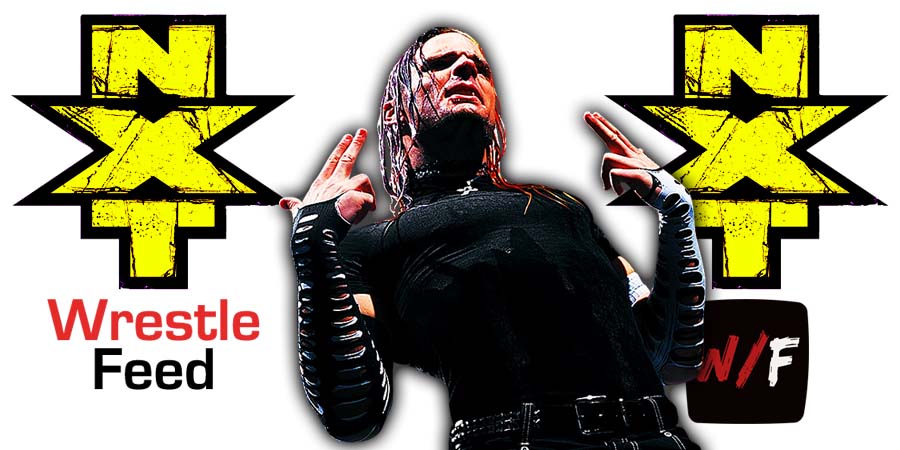 Former World Champion Jeff Hardy was released from WWE last month, after he left a Live Event match in the middle and then turned down a rehab offer from WWE.

According to Fightful Select, there were plans for Hardy to go to NXT to do some work with tag team MSK as “The Shaman”, the role that RAW Tag Team Champion Riddle is playing right now:

“Jeff Hardy was originally planned to be the ‘Shaman’ for MSK. Just days before the reveal was to happen, Hardy was released by the company, and Matt Riddle had to rush to film content with MSK to make it work.”

Jeff was interviewed by Metro UK before his WWE release, where he teased a potential Hardy Boyz reunion.

Here’s what The Charismatic Enigma said on the potential of another Hardy Boyz reunion:

“I totally think there is (a chance of a Hardy Boyz reunion). That’s what’s exciting about it, just being honest, will it be in WWE or AEW? I feel like there will be one more [run].

I don’t know that, but it’s like everything I’ve had visions of in wrestling, it’s always happened.”

His brother Matt Hardy, who left WWE in 2020 to join All Elite Wrestling, recently expressed interest in having one final Tag Team run with his brother:

“I mean that would be fabulous (to have one last run with Jeff Hardy) and I know both of us have stated on quite a few occasions that we both wanna end our careers the way we began our careers and that is as a tag team. That was our dream as two kids growing up.

You know, we wanted to be the Tag Team Champions of the World at least one time. Obviously we have very fortunately exceeded that many times over but I think us teaming together and having one last great run as a tag team would be amazing and I couldn’t think of a better place to do it than All Elite Wrestling.

There’s one thing I have to say about Tony Khan, I can’t put him over enough for this…he is so good and so great at treating legends like legends and he has such a smart utilization of talent and I cannot commend him enough on that.

That’s why AEW has been so successful is because Tony Khan has been the guy in the driver seat and he has really been putting out a very smart product where he rewards the wrestling fans in 2021 that are willing to invest a lot of time to watch a product and watch a storyline, watch a rivalry.

He always gives them a payoff that’s gonna reward them.”