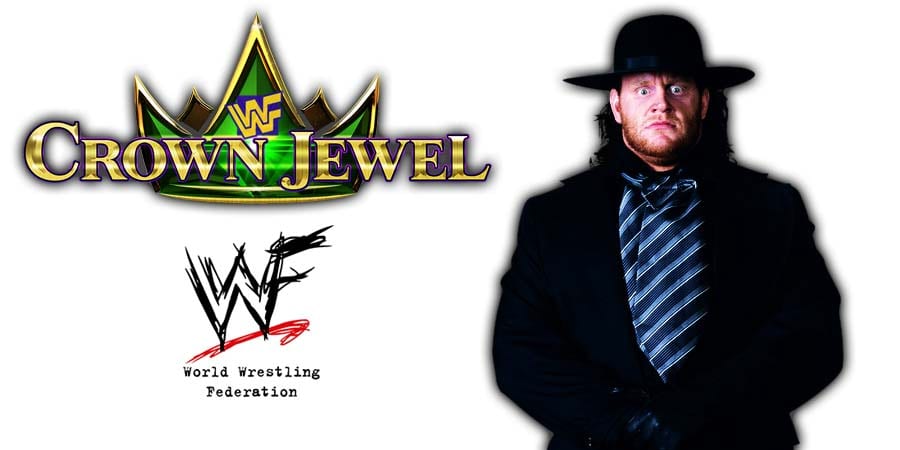 Below are a couple of things you should know before today’s WWE Crown Jewel 2019 pay-per-view:

– According to Fightful, Seth Rollins and “The Fiend” Bray Wyatt were always scheduled to have a rematch in Saudi Arabia and it was supposed to be their final match. Originally, a double turn was planned for this match. No word now on whether a double turn will happen today or not.

– Despite not having a match at Crown Jewel, The Undertaker is still in Saudi Arabia right now. He arrived in Saudi a few weeks back for the Riyadh Season Parade, as he was a big part of it. While nothing is confirmed, this could be an indication of The Undertaker being used in some role on today’s show.