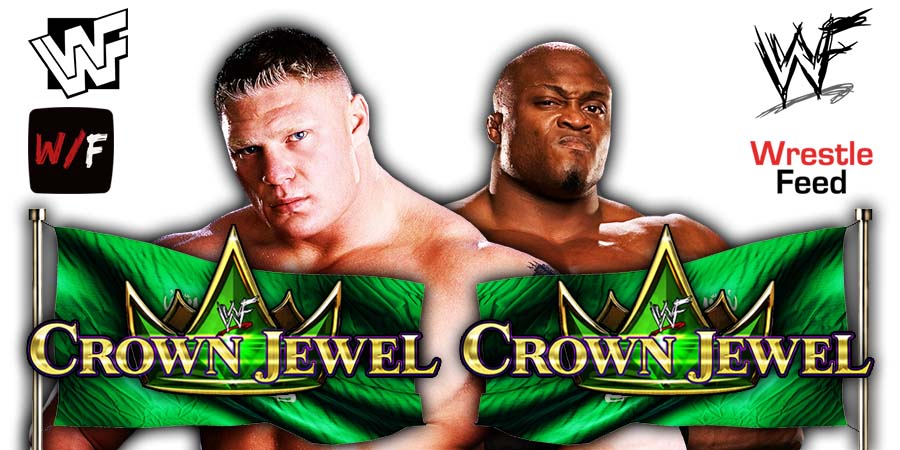 At yesterday’s Crown Jewel 2022 premium live event in Saudi Arabia, Lesnar managed to pin Lashley by countering the Hurt Lock, but he got absolutely dominated by The All Mighty.

Lashley put Lesnar in a Hurt Lock after the match. This is obviously going to lead to a 3rd match between them.

According to the Wrestling Observer, the 3rd match was originally scheduled to take place on January 1, 2023 at the WWE Day 1 PLE, but that’s not the case anymore since Triple H scrapped the plans for that event:

“The story of the match is that Lashley totally dominated him, but Lesnar won the match. It leads to a natural third match.

I don’t know if they’re going to save it for WrestleMania, or I don’t know when. Originally it was going to be Day 1, but obviously, that’s out.

I don’t know if they’ll do it at Survivor Series. I’m not sure where they’ll do it. They may do it in Montreal (Elimination Chamber 2023) or save it for Mania.”