Below is what WWE posted regarding the 16 time WWE World Heavyweight Champion John Cena doing a “one man show” in Australia this July:

John Cena’s a 16-time World Champion, a star on the silver and the small screens, and he’s even got a platinum-selling hip-hop album under his belt. But now, the guy opponents “can’t see” is embarking on a new career endeavor that, appropriately, no one saw coming: A one-man show.

“An Evening with John Cena: The Untold Story, in His Words” comes to Australia July 7, with three consecutive shows in the Gold Coast, Melbourne and Sydney. Tickets are now available.

“Australia, I’m coming to the Gold Coast, Melbourne and Sydney this July!” The Cenation Leader wrote on his official Facebook page. “Join me for a very special evening where you can hear about the highs and lows of my career in the ring, movies, music, business and more. Get your tickets and let’s have some fun!” 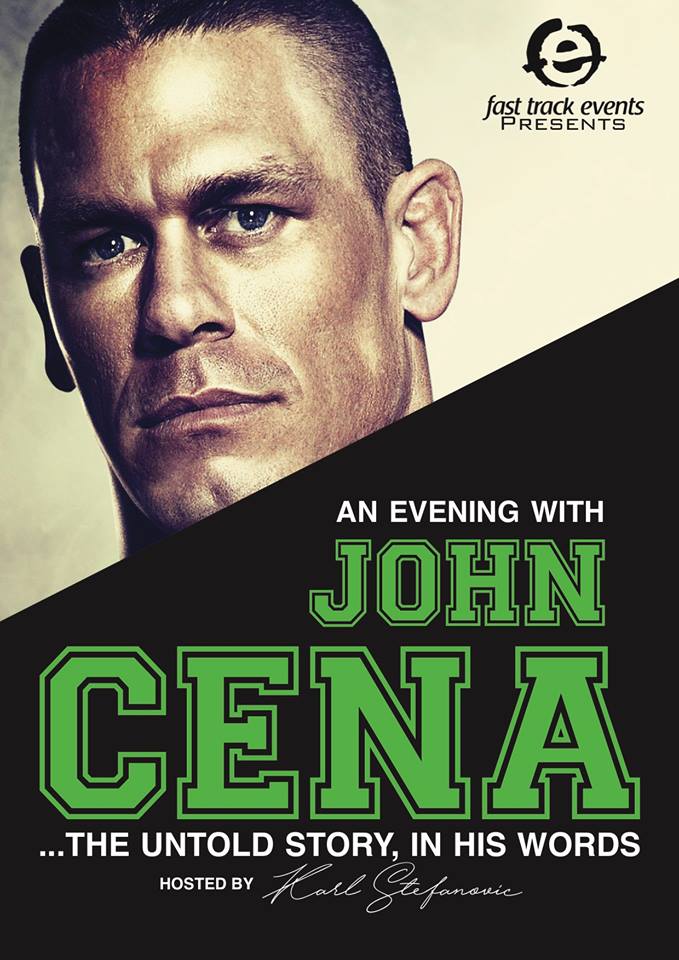 Below are the various packages for this show: