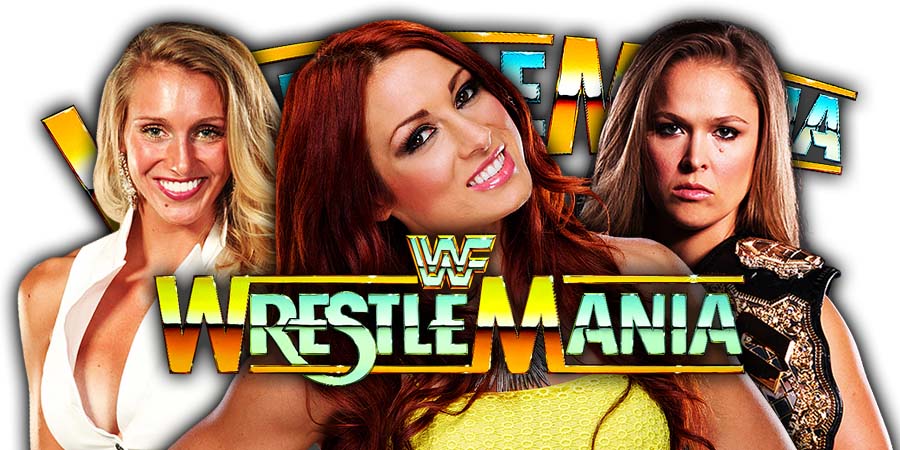 According to The Dirty Sheets, WrestleMania 35 ending was originally scheduled to be similar to the ending of the WWE Evolution 2018 PPV.

The main event of WrestleMania 35 would’ve ended with Becky Lynch winning the RAW Women’s Championship and then all 3 women (Becky Lynch, Charlotte Flair and Ronda Rousey) embrace in the ring.

Stephanie McMahon would’ve then come out on the stage with the entire WWE Women’s Locker Room to give a big round of applause to all 3 women in the ring.

With Ronda Rousey’s recent heel turn, WWE officials don’t think that their originally planned ending would be a good idea now and those plans might have been nixed.

Whatever change WWE decides to do to the ending of the PPV, the RAW Women’s Championship match is still slated to main event the show.