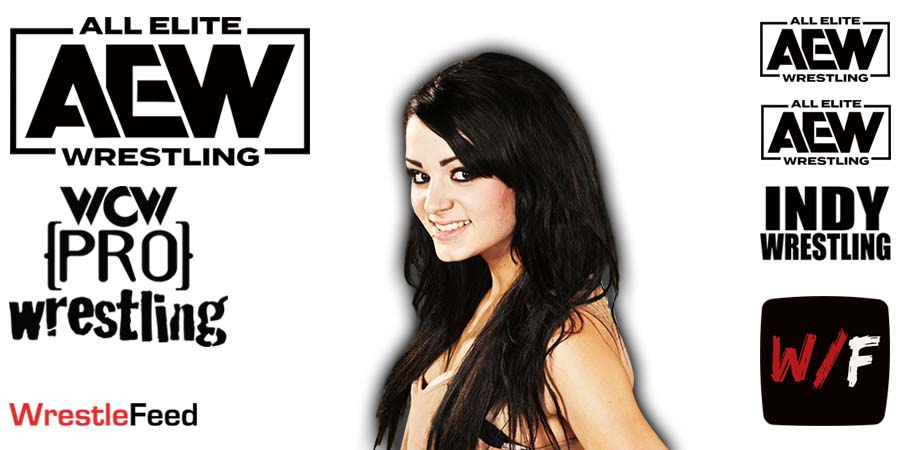 • Paige Has Been Officially Cleared To Wrestle Again

On this week’s episode of AEW Dynamite (which was the 3rd anniversary special), Dr. Britt Baker D.M.D. claimed that Saraya (fka Paige in WWE) will not wrestle in All Elite Wrestling because the doctors haven’t cleared her to compete.

Saraya was ringside for this match and confronted Baker after the match.

A brawl broke out, where Saraya got physical with Britt and Rebel. You can watch it below:

Chaos erupts after the match and @Saraya sends a message to the world – #AEW is HER HOUSE indeed! #AEWDynamite’s 3-Year Anniversary Show is LIVE on @TBSNetwork! pic.twitter.com/RFoiQEB8gh

This was the first time Paige got physical in a wrestling ring on TV in years.

According to the Wrestling Observer, she has been officially cleared to wrestle again:

“Saraya was officially cleared by Dr. Michael Sampson. She looks to be feuding with Britt Baker. They got into it.

It was short and you really couldn’t tell how Saraya looked after so many years not wrestling.”

– Dale Torborg vs. The Maestro