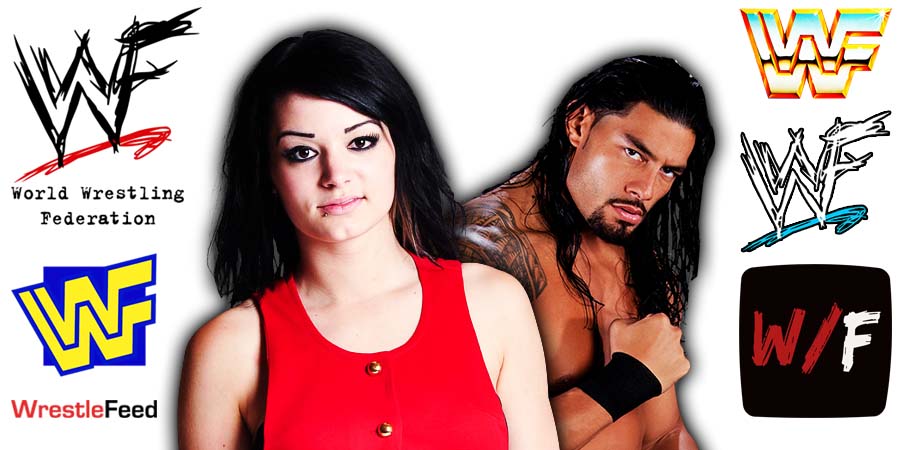 While current Undisputed WWE Universal Champion Roman Reigns and former Divas Champion Paige have never had an on-screen storyline in WWE, they were once paired in a promo class during their days in WWE’s developmental territory.

At Starrcast V, Paige recalled Dusty telling her to play Roman’s ex-girlfriend during a class.

Below is what the former NXT Women’s Champion said:

“I remember there was this promo where I was sitting and [Dusty Rhodes] goes, ‘Alright baby get up there.’ I’m like ‘And do what?’ And he looks at Roman, who was Leakee back then, ‘Leakee baby get up there. You don’t say anything. Saraya, he broke up with you and stole your toaster. Go!’

I’m like I am so scared, did this promo and I was mortified. Not just anyone is watching me, when I got there it was Seth Rollins, Bray Wyatt, Dean Ambrose, Roman, everyone that is flourishing on the main roster is right in front of me.”