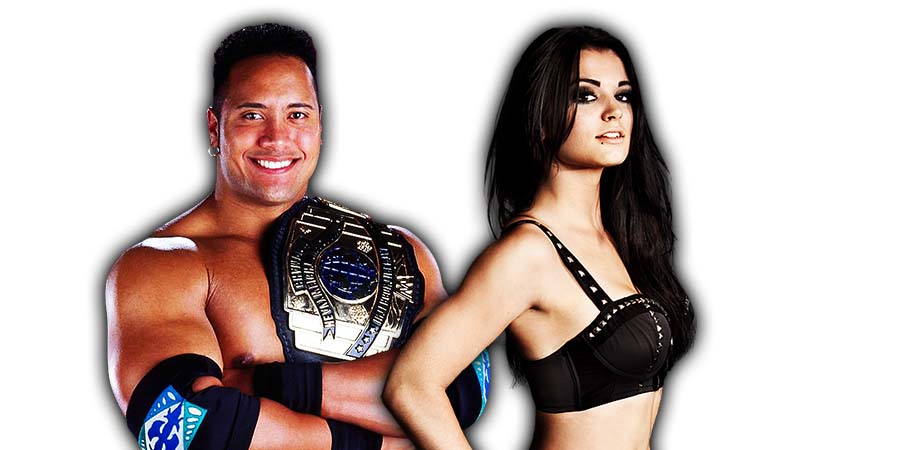 Old School WWF Legend The Rock posted the trailer for “Fighting With My Family” on Social Media and this movie is based on Paige and her wrestling family.

You can watch the complete trailer below:

Below is what The Rock posted about this on Instagram:

“In 2012 I watched a documentary about a young, unknown British female pro wrestler & her wonderfully crazy and loving wrestling family.

I loved it and instantly identified with her and her family — because it reminded me of MY wonderfully, loving and fucking crazy wrestling family. Many of you know my history;)

‪I knew it was a story that I had to tell along with our sevenbucksprod team.
That girl who I saw in that documentary would go on to superstardom as the RealPaigeWWE along with her relentless female co-workers wound help redefine and usher the spectacular WWE women’s wrestling the world enjoys today.

The PERFECT actress to embody Paige and bring her story to life is my homegirl and absolutely brilliant actress @florencepugh. Florence took “commitment” to the next level.

To write and direct this unique, one of a kind wrestling “slice of life” comedy is my long time buddy, brilliant collaborator and twin, stephenmerchant.”

Below is what Paige tweeted about this:

Omg I’m definitely crying my eyes out through LAX right now ?? YOU GUYS LOOK AT THIS TRAILER!! My heart! Thank you for believing in mine and my families story @TheRock ?❤️ https://t.co/WY6iy1UY0k