Right now on WWE programming, we are seeing a new version of Brock Lesnar, and it’s very different from his previous character.

We are seeing a babyface, fun-loving and a very “human” (that’s right) Brock Lesnar!

With that being said, a photo that fits his new character has gone viral, where he’s having a good time after meeting his high school crush. 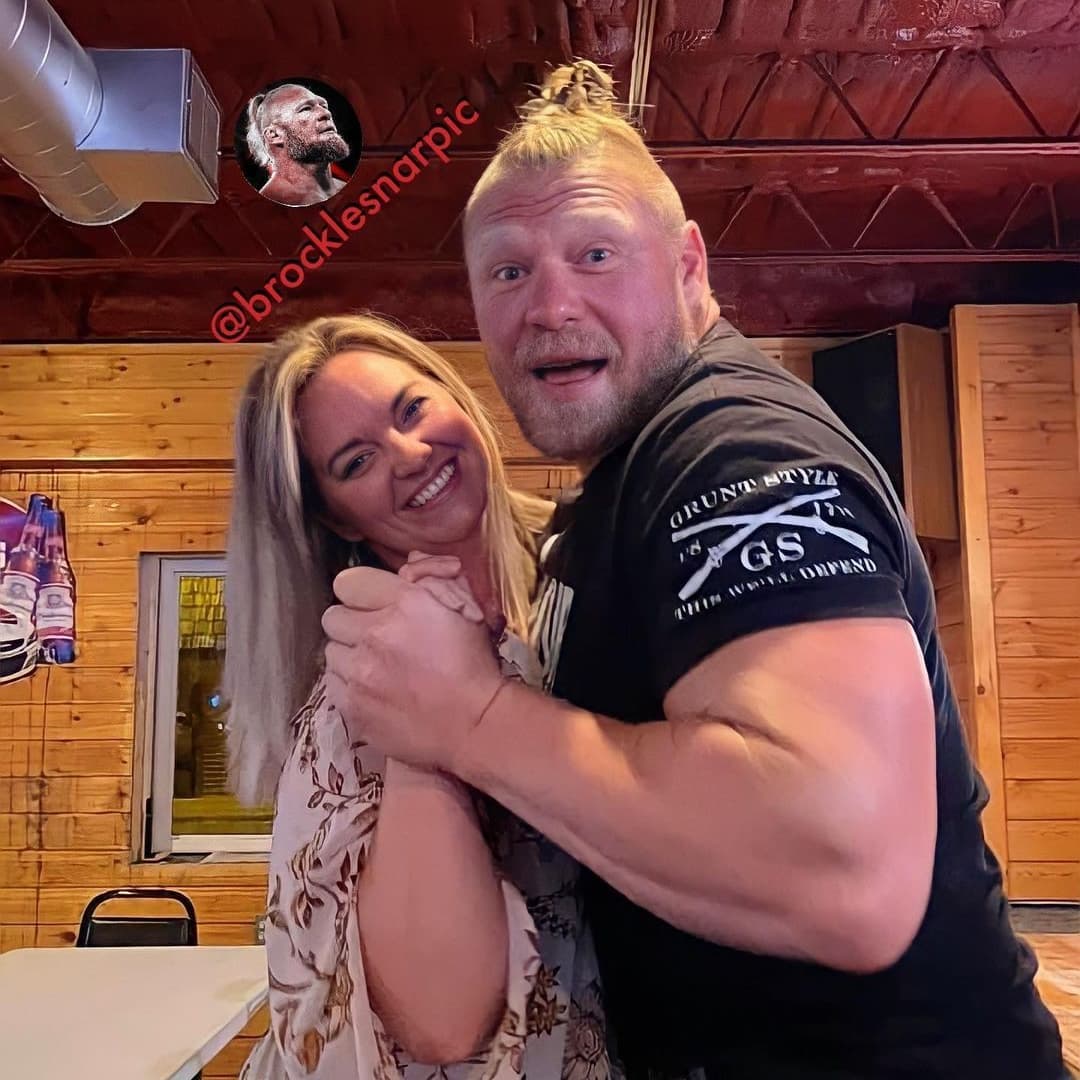 Lesnar is scheduled to face Roman Reigns for the Universal Championship at the WWE Day 1 PPV on January 1, 2022.

Reigns fired Paul Heyman on Friday’s episode of SmackDown and then assaulted him. Lesnar then ran out to make the save for his Advocate and took out the whole Bloodline!

Also Read: “They knew he was on steroids and gave him a pass” – UFC Fighter Calls Out Brock Lesnar & Dana White

Interview w/ The Bushwhackers (They Are Dressed As Santa Claus)