On tonight’s RAW, she faced Dakota and lost because of interference in the match from Damage Control.

During her entrance for this match, WWE showed the wrong name graphic: 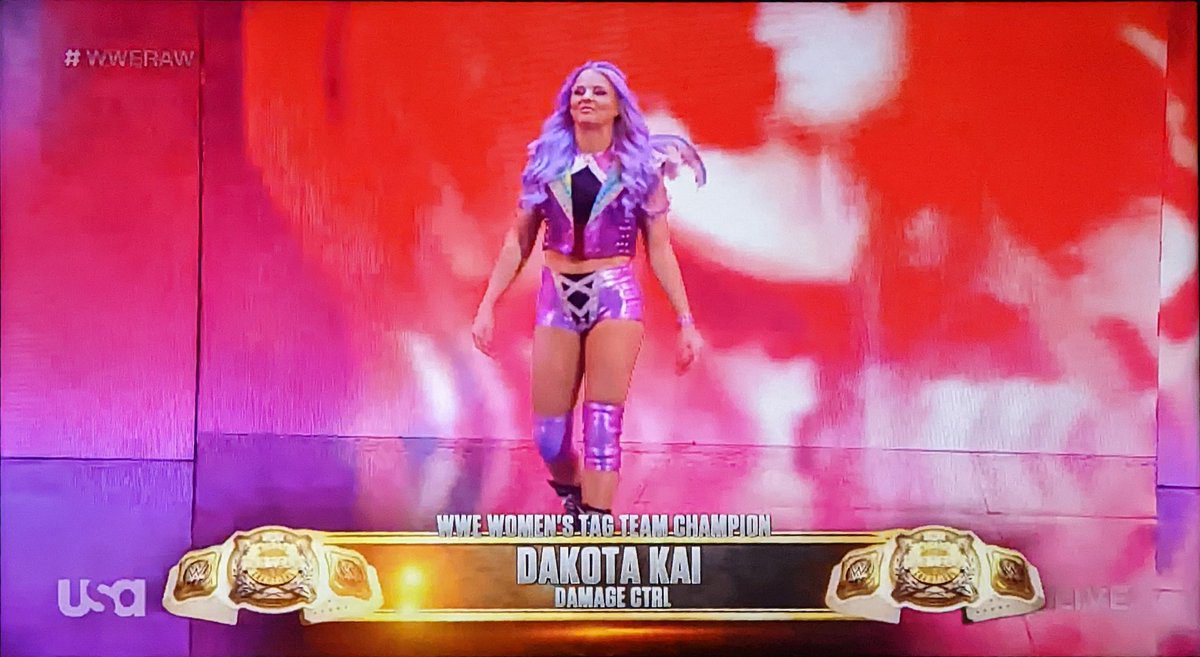 On this day in Pro Wrestling history on October 3, 2004, World Wrestling Entertainment aired ‘WWE No Mercy 2004’ LIVE on PPV from the Continental Airlines Arena in East Rutherford, New Jersey.