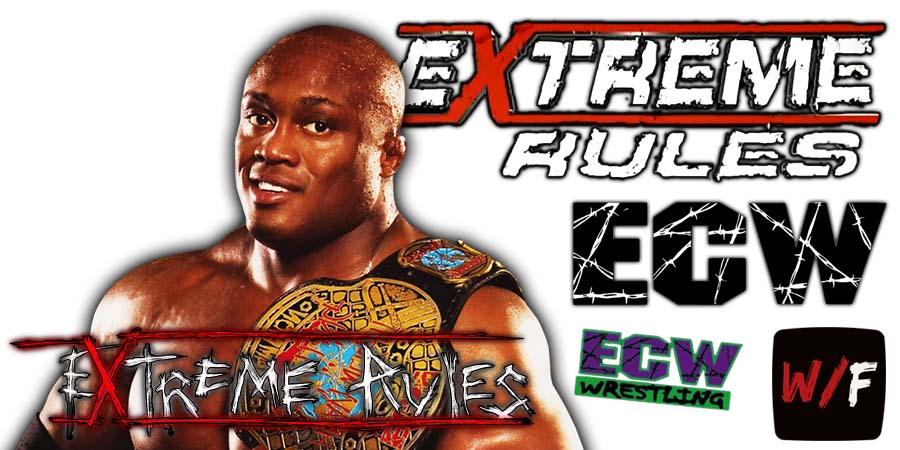 • Plan Changed For Bobby Lashley vs. Randy Orton For The WWE Championship

On this week’s episode of RAW, Bobby Lashley vs. RAW Tag Team Champion Randy Orton for the WWE Championship was made official for the Extreme Rules 2021 pay-per-view.

Also on this episode, Lashley & MVP won the Tag Team Turmoil to become the #1 contenders, and earned a RAW Tag Team Championship match against RK-BRO on next week’s RAW.

On tonight’s SmackDown, WWE promoted Lashley vs. Orton for the WWE Championship on next week’s RAW. 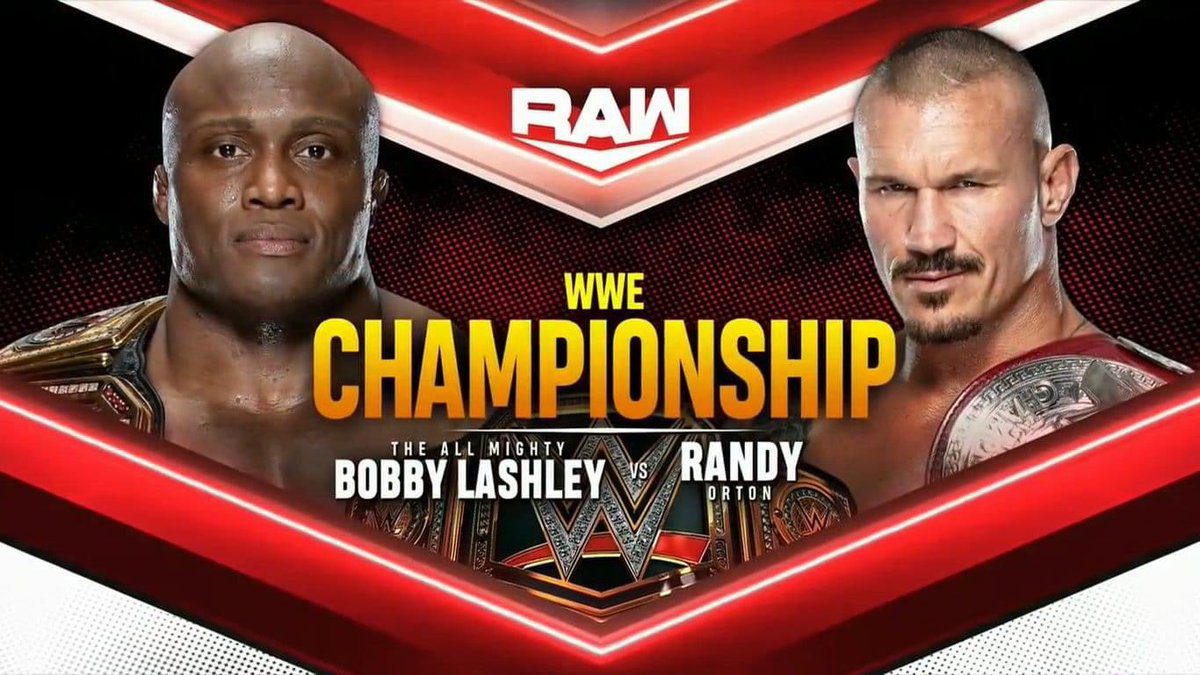 No mention of their Extreme Rules PPV match or the RAW Tag Team Championship match was made.

No word yet on why WWE moved this WWE Title match from PPV to RAW, but it could be due to competition from NFL’s Monday Night Football.

With that being said, below is the updated match-card for next week’s RAW: