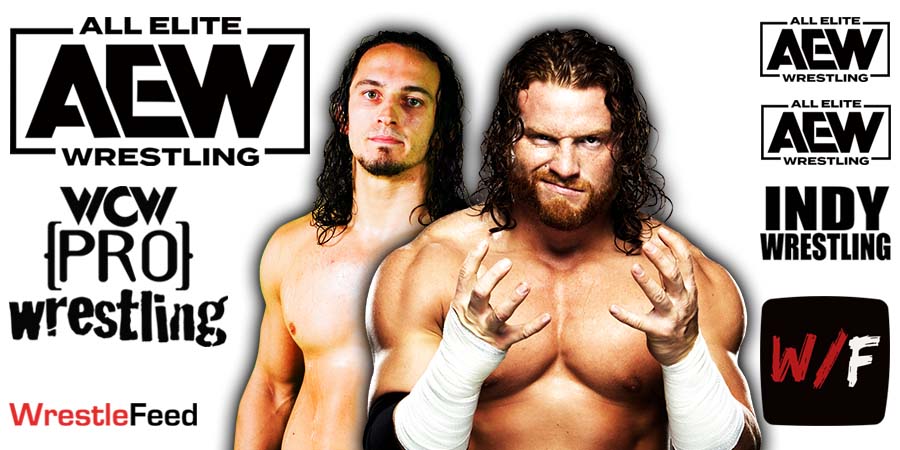 On this week’s episode of AEW Dynamite, Pac and Penta Oscuro of Death Triangle defeated The House Of Black (Malakai Black & Brody King).

After the match, former WWE RAW Tag Team Champion Buddy Matthews (Buddy Murphy) made his AEW debut and attacked Pac & Penta, and then joined The House of Black.

There are plans for a 6-man tag team match between Death Triangle (Pac, Penta & Rey Fenix) vs. The House Of Black (Malakai, Brody & Buddy), but it most likely won’t be taking place on March 6 at the AEW Revolution 2022 PPV because Fenix is still not cleared to wrestle.

“That may be a little bit later, because I was told that Fenix still has 3 weeks, and 3 weeks is kinda missing March 6. But who knows? It’s wrestlers, it’s Rey Fenix and he’s crazy. Maybe he’ll make it and maybe that match will be on there as well.”

9 Matches have been announced so far for this upcoming PPV. Below is the match-card:

This episode was broadcasted from the Save Mart Center at Fresno State University in Fresno, California and featured matches, interviews & storyline segments on the road to the ‘WWE WrestleMania 23’ PPV.