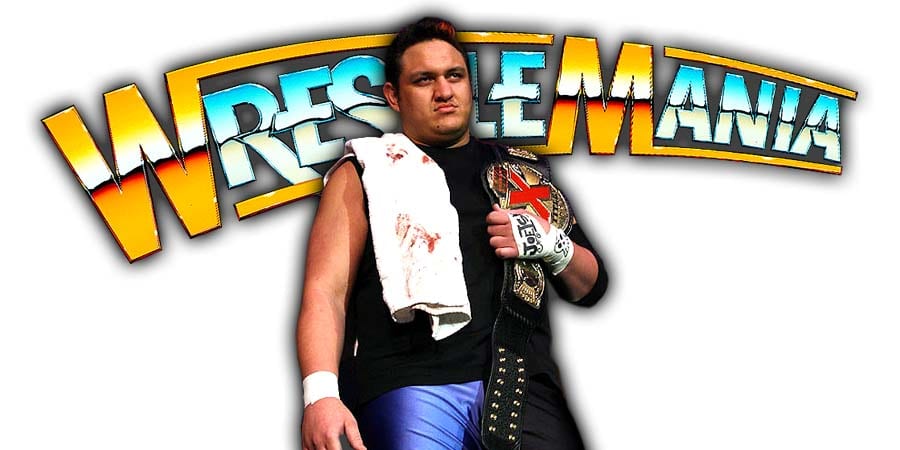 The NBA Legend is a lifelong professional wrestling fan and had several appearances for various promotions over the years, such as Ted Turner’s World Championship Wrestling, Total Nonstop Action (now known as iMPACT Wrestling) and World Wrestling Entertainment (f.k.a WWF).

O’Neal, who’s a personal friend of Hulk Hogan, presented the WCW World Heavyweight Championship belt to the Hulkster after the main event of the ‘WCW Bash At The Beach 1994’ pay-per-view.

The former L.A. Lakers MVP served as the WWE RAW guest host in 2009 and joined his buddy Hulk Hogan during a backstage segment on TNA iMPACT in 2012, but his only professional wrestling match to date came in 2016, when he was a surprise entrant in the André the Giant Memorial Battle Royal at the WWE WrestleMania 32 PPV.

This is Joe’s first Title reign on the WWE main roster and word going on is that he might be getting booked for a big match at WrestleMania 35!

After winning the US Title, Joe took at shot at John Cena in a backstage interview. You can watch it below:

There’s rumors going on now that WWE might be planning to book Samoa Joe vs. John Cena for the United States Championship at WrestleMania 35. Cena is a 5 time US Champion and brought some prestige and popularity back to the Title when he won it after a long time in 2015.

Then there were reports that WWE officials were planned on having Drew McIntyre face Cena and the seeds were planted for this feud with WWE did a storyline of Drew injuring Cena’s ankle and costing Cena a spot in the Men’s Royal Rumble 2019 match. But now, it looks like those plans have been nixed as well.