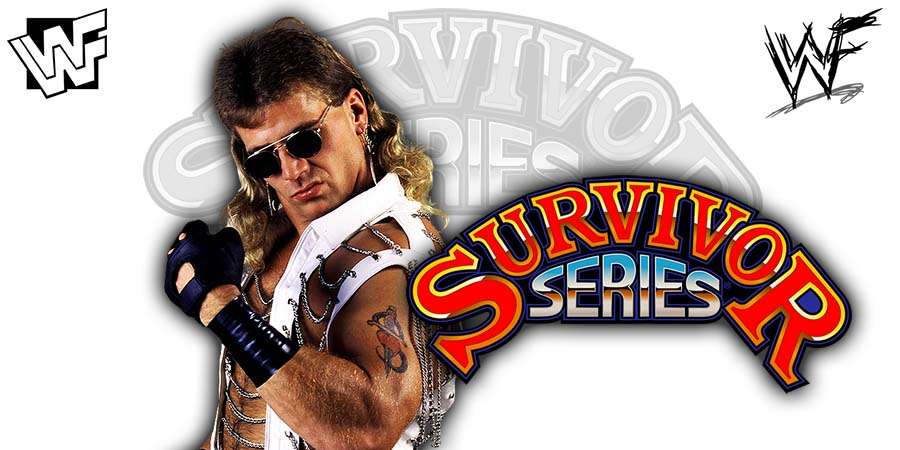 Now known as Taz, he stayed with the company till he was signed to a World Wrestling Federation contract in late 1999.

During his WWF Debut at the ‘WWF Royal Rumble 2000’ PPV, he gained a win against then undefeated Kurt Angle.

The WWF added a “z” to his name, which is why he was called Tazz from that point onwards.

Despite retiring in 2002, he stayed with the WWF till 2009, working as a commentator for WWF/E SmackDown!.

According to the No Holds Barred podcast, WWE Hall of Famer Shawn Michaels is set to face The Undertaker at Survivor Series 2018 in a singles match.

This event will mark The Undertaker’s 28 year anniversary in the company and expect Taker vs. HBK to be the main event of the show.

HBK announced on this week’s RAW that he’ll be coming out of retirement to team up with Triple H to face The Brothers Of Destruction at next month’s WWE Crown Jewel PPV.

Shawn Michaels last competed at a Survivor Series PPV back in 2009, where he competed in the main event for the WWE Championship in a Triple Threat match against Triple H & John Cena.

The Undertaker last competed at Survivor Series back in 2015 and that event was promoted as ’25 Years of Undertaker’. Taker teamed up with Kane to defeat Bray Wyatt & Luke Harper in a tag team match.