The injury occurred when Mandy went for her finisher, but ended up dropping Asuka right on her head.

The match ended in a No Contest as Asuka wasn’t able to continue. Asuka was then helped to the back.

You can watch Asuka struggling to get up after this below:

It looked brutal. She is alert and they are all talking to her now.

The match ends in a no contest. She isn’t able to continue. ???

It was her finisher and she just slammed her down on her head. It looked terrible. At least she was alert and walked off. Hope she’s ok ? 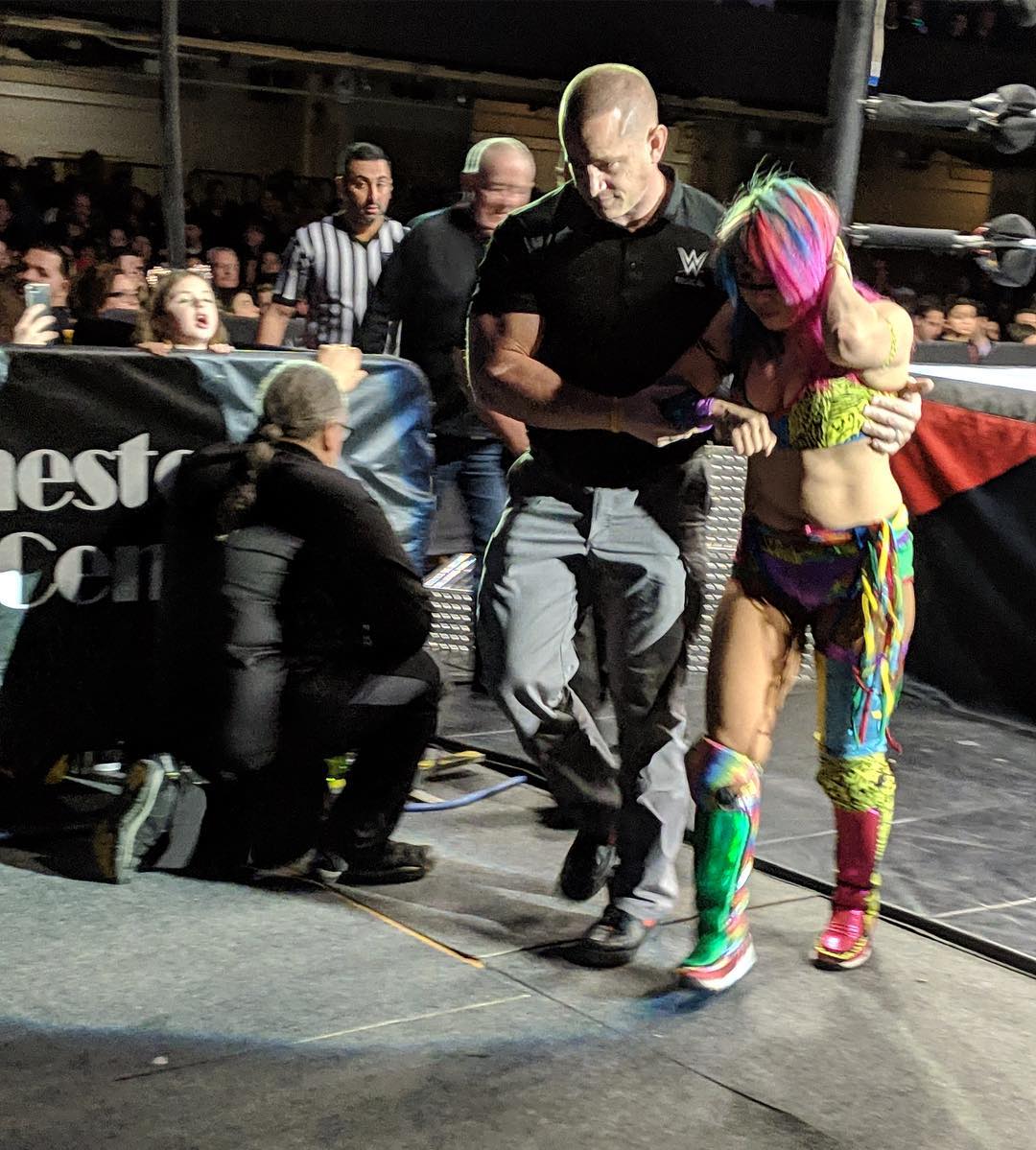 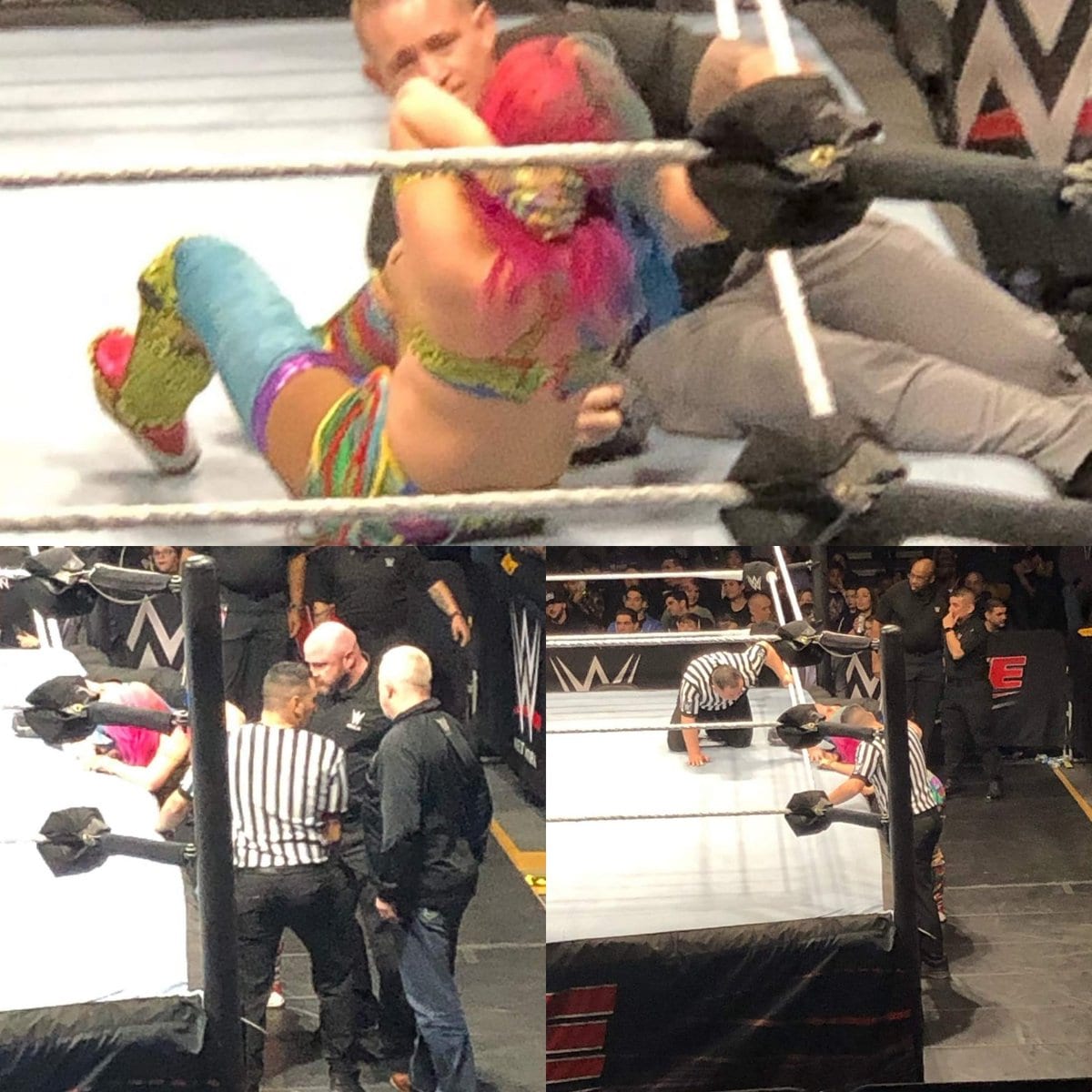 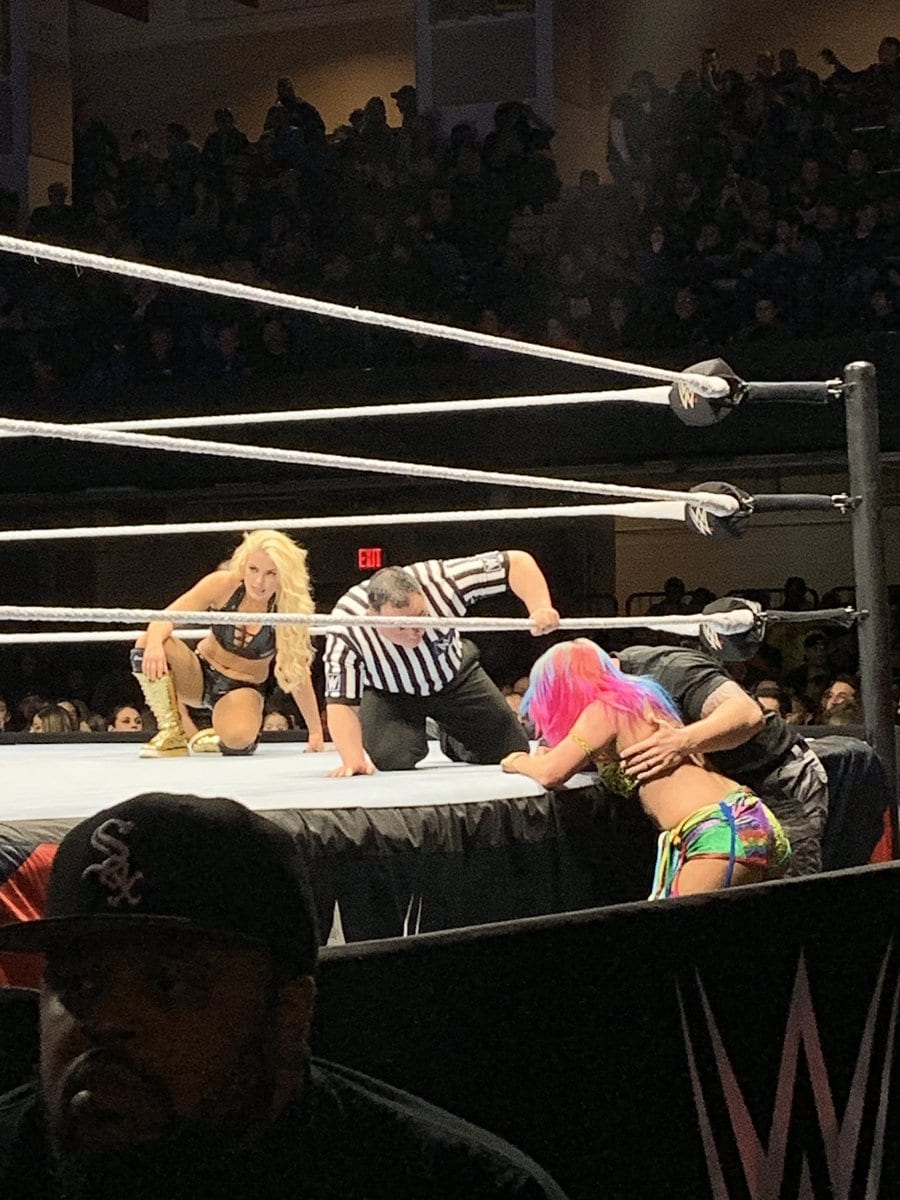 No word yet on what this means for Asuka’s SmackDown Women’s Title defense against Mandy Rose this Sunday at FastLane 2019 PPV.