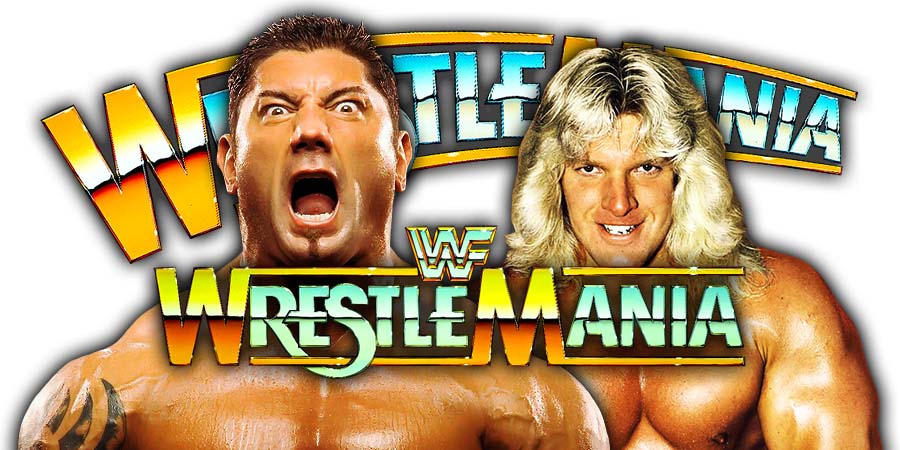 3. The Booty Man vs. Maxx Muscle

8. The Belfast Bruiser vs. Bobby Eaton

Former WWE Champion “The Animal” Batista will face “The Game” Triple H in a No Holds Barred match at WrestleMania 35.

In this match, Triple H’s career is going to be on the line. During the build-up of this match, Batista noted that this is how he wants to end his career in the WWE.

However, WrestleMania 35 might not end up being Batista’s final WWE match.

According to Slice Wrestling, WWE and Batista are discussing a possible appearance at SummerSlam 2019. This could result in Batista wrestling one more match in WWE later this year.

WWE wants to capitalize on Batista’s star power and WWE does treat SummerSlam as the second biggest PPV of the year (behind WrestleMania).

Speaking of Batista, WWE released a WrestleMania 35 training video of him and you can watch it below: