In between those 2 periods of time as a referee, Davis was (in storyline) suspended by WWF president Jack Tunney and actually worked as a wrestler.

Danny even wrestled at WrestleMania III, where he teamed up with The Hart Foundation against the team of The British Bulldogs & Tito Santana, and also competed in the battle royal at WrestleMania IV.

As seen on this week’s episode of SmackDown, Charlotte Flair defeated Asuka to capture the SmackDown Women’s Championship and become an 8x Champion.

This Title change came out of nowhere and left many fans wondering as to what this means for the WrestleMania 35 main event.

According to the Wrestling Observer, WWE booked this Title change to have the 4 Horsewomen of WWE close out WrestleMania 35 as Champions.

The WrestleMania 35 main event is still for the RAW Women’s Championship. Becky Lynch is expected to win that Title. Charlotte Flair will remain the SmackDown Women’s Champion and The Boss ‘N’ Hug Connection (Sasha Banks & Bayley) are expected to retain the WWE Women’s Tag Team Titles. 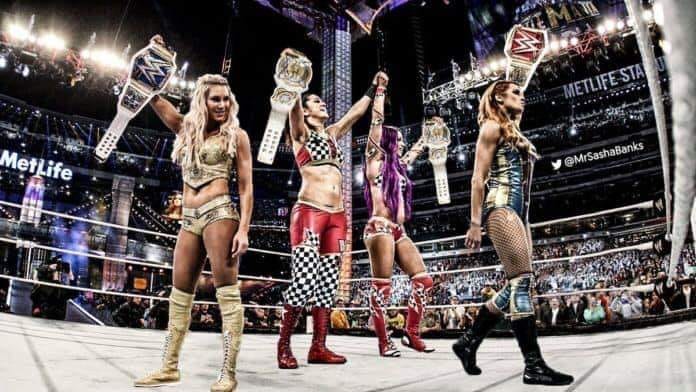 This would lead to these 4 women closing WrestleMania 35 as Champions.