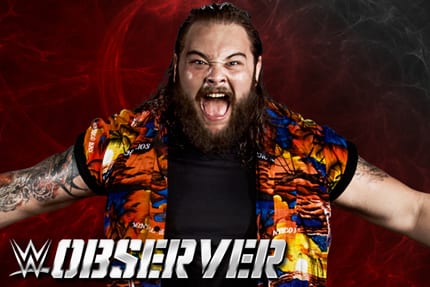 We might find out Bray Wyatt’s next opponent on tonight’s Raw which will be taped from London. There are rumors going on that Bray Wyatt’s Extreme Rules opponent might be Roman Reigns. Although there were reports last week that Reigns might be involved in a tag match at Extreme Rules, where he might team up with Ryback to face the team og Big Show & Kane, however it could end up being Wyatt vs. Reigns as well. From the promo that Bray Wyatt cut last week on Raw, people are speculating that he could be referring to these Superstars: Roman Reigns, Dolph Ziggler, Ryback or even Triple H. Who do you think Bray Wyatt was referring to? Vote below. [polldaddy poll=8797263]